Executive Editor Charles Lewis has traveled around the world studying the growth of nonprofit investigative journalism (and other subjects) and advising new startups. For example, just since 2009 he has spoken at 23 conferences in 14 countries on five continents. 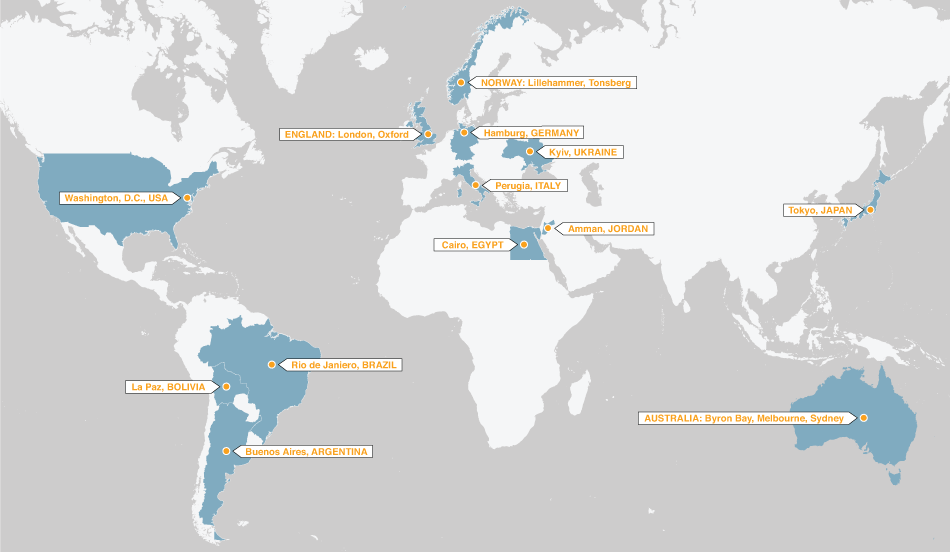 Panelist, "Global Journalism Funding: How can expensive, long-term global reporting projects get funded? What is the value of media partnerships? What are foundations looking for from non-profit journalism organizations?

Opening plenary session entitled, "What the heck is happening to journalism?"

Reuters Institute for the Study of Journalism, Dec. 14, 2015

Panelist, "How to Teach Journalism"

Panelist, "In Conversation with Chuck Lewis: How to Give the Watchdog Back its Teeth"

Reuters Institute for the Study of Journalism, Oct. 23, 2015

Speaker, "How to do Investigative Journalism"

Moderator, "Finding Money for Your Investigation."

Panelist, "The Business of Investigative Reporting: What Models Work?"

Keynote Speaker, "The New Journalism Ecosystem and the Future of Truth."

Speaker, remarks at The Conversation newsroom

Speaker, "Investigating Power" at the Centre for Advancing Journalism

Speaker, "Building the Big Investigation" at Storyology: A Summit of Media and Creativity

Guest Speaker, "The future of truth: the public's right to know" at the Literary Dinner.

Panelist, "Not Only Sport"

Panelist, "Nonprofit to the Rescue?"

Panelist, "The News Frontier: Having an Impact"

Reuters Institute for the Study of Journalism, Sept. 13, 2010