Charles Lewis, a former CBS News “60 Minutes” producer and bestselling author, is the founding executive editor of the Investigative Reporting Workshop and professor of journalism at the American University School of Communication in Washington. He is a contributing editor to the Columbia Journalism Review. Lewis was also interviewed about the project, Investigating Power, on NPR's "All Things Considered."

The Pulitzer season is a time for inspiration and reflection. Inspiration because those and other awards each year remind us of how important public service reporting is, and that American news outlets—even those struggling financially—continue to do it. A case in point is The Philadelphia Inquirer, which just won the Gold Medal for its series about violence in the city’s schools. In Alabama, the Tuscaloosa News staff didn’t let a power outage stop them from covering a deadly tornado, publishing from another plant 50 miles away, and online. The awards also remind us that age and experience are not always prerequisites to powerful truth-telling. Exhibit A is 24-year-old Sara Ganim of The Patriot-News, in Harrisburg, Pa., who disclosed the child molestation allegations against Jerry Sandusky, the former Penn State assistant football coach, months before other news organizations. Pulitzer Prize winners and finalists in recent years also have reflected the changing media landscape, with relatively new for-profit publications — Huffington Post and Politico — and nonprofit news organizations —ProPublica, the Center for Investigative Reporting’s California Watch — recognized for outstanding journalism. 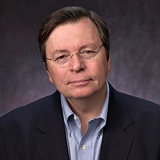 The prize season is also a time for reflection upon less insipring trends. From 1985 to 2012, the number of entries for the Pulitzer in the Gold Medal public service category (The New York Times won in this category in 1972 for the Pentagon Papers, and The Washington Post won in 1973 for Watergate) dropped 42 percent, from 122 to 71; explanatory journalism entries decreased by 40 percent, from 181 to 109; and the investigative reporting category had a decrease of 30 percent, from 103 entries to 72. This is surely a result of journalism’s declining newsrooms.

As we all know too well, the number of full time, independent reporters has been drastically decreasing. According to Len Downie and Michael Schudson in their 2009 CJR report, “The Reconstruction of American Journalism,” we lost approximately a third of the nation’s newspaper reporters and editors in the United States between 1992 and 2009, from 60,000 editorial employees to about 40,000.  Meanwhile, between 1980 and 2010, the number of public relations specialists and managers doubled, from roughly 45,000 to 90,000, according to Robert McChesney and John Nichols in their 2010 book, “The Death and Life of American Journalism:”

Newsroom staffs have continued to shrink, which may explain the drop in the last 27 years in the number of entries in various categories for the Pulitzer Prize, one of the profession's highest honors.

“Even as journalism shrinks, the ‘news’ will still exist” they wrote. “It will increasingly be provided by tens of thousands of well-paid and skilled PR specialists ready and determined to explain the world to the citizenry, in a manner that suits their corporate and government employers.”

My own response, in part, to these developments has perhaps been in character:  massive research. Back in 2005, I began reporting for a book of journalism history — on the origins and trajectory of public relations and propaganda, the deadliest deceptions by government and companies, and the truth-telling capacity of journalists and their news organizations over the past century.

And that last curiosity led me to explore national “moments of truth” in contemporary U.S. history — moments in which news organizations, through their deep independent reporting, exposed egregious abuses of power and shaped history. The idea was to look to the past to inform and to inspire the future.

In my lifetime, roughly since 1950, independent journalists have fearlessly reported such abuses. For example, the anti-Communist demagoguery of Senator Joseph McCarthy in the early 1950s; the institutionalized racism and injustice in the South and the Civil Rights struggle to combat it between 1954 and 1968; the gross misrepresentations and even civilian atrocities during the Vietnam War; the wholesale illegalities and breaches of faith broadly known as the Watergate scandal; the various excesses of corporate power over many decades, in which millions of Americans suffered financially or died from dangerous substances and products; and the various improper, illegal, or extra-legal uses of U.S. power in post-9/11 America.  It is no exaggeration to note that the course of US history itself was altered by this kind of independent scrutiny of those in power.

Of course, such reporting took guts, time and money — the kind of expensive, unswerving commitment to uncovering the truth that is somewhat harder to find these days among major metropolitan newspapers and television networks.

After substantial historic research I began assembling an initial list of some of the most notable, living national reporters and editors since 1950. And in 2007 and 2008, after raising approximately $300,000 from foundations and individuals, I began conducting high definition, two-camera audio and video recorded interviews with some of them. Time moves rapidly, and this gave me a sense of urgency. David Halberstam, for example, told me he’d be delighted to participate, but just a few days later he was tragically killed in an automobile accident. Finally, after accumulating 100 hours of video, my team and I began screening and editing the interviews in early 2010, and compiling biographical profile and historic “moment of truth” timelines.

The result is an online, multimedia presentation called Investigating Power. Twenty-six men and women — including the late Halberstam, Rachel Carson, and I.F. Stone — are profiled in it. They are journalists who have asked the most difficult, inconvenient questions and helped expose some of the most significant abuses of power of our time. It is a work-in-progress that will become more thorough and inclusive over the next decade, as more journalist oral-history interviews are conducted.

It is my hope that Investigating Power reminds us of the fundamental necessity of original reporting. Facts are the coin of the realm in a democracy. As Walter Lippmann put it, “A free press is not a privilege but an organic necessity in a great society. Without criticism and reliable and intelligent reporting, the government cannot govern.” 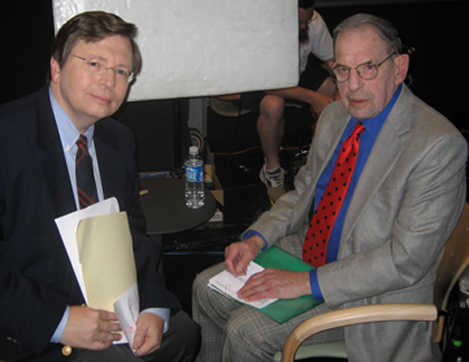 Charles Lewis and Murrey Marder, formerly of The Washington Post.

It is worth noting that all of the great “truth to power” moments in contemporary U.S. history required reporters working a single subject for months and sometimes years, the kind of protracted, in-depth coverage of a single subject, and dedication of financial resources by a news organization, which can be hard to find now.

For example, one of those interviewed, Murrey Marder of The Washington Post, chronicled and scrutinized Sen. Joseph McCarthy’s every utterance and official action for four solid years, performing in-depth daily journalism. His stories were “detailed and precise and events were all in context,” as Edwin Bayley noted in “Joe McCarthy and the Press.” Marder’s reporting helped to set up the dramatic Army-McCarthy hearings, the first “live” nationally televised Congressional hearings in history, in which Army counsel Joseph Welch famously said, “Let us not assassinate this lad any further, Senator. You have done enough. Have you no sense of decency, sir?” Months earlier, Marder had broken a “dramatic story” in the Post about McCarthy’s reckless charge portraying the Army Signal Corps Center in Fort Monmouth, New Jersey, “as a hotbed of Communism and espionage.” According to David Oshinsky’s “A Conspiracy So Immense: The World of Joe McCarthy,” Marder reported: “Nothing that can be independently ascertained from information available here or in Washington indicates that there is any known evidence to support such a conclusion.”

And of course four decades ago, Carl Bernstein and Bob Woodward began reporting the Watergate scandal, for more than two and a half years. Special Watergate editor Barry Sussman oversaw every word of every story on that complex subject published by The Washington Post for 17 months.

With sufficient additional funding, I plan to continue interviewing historically significant journalists, and, by 2015 to expand the number of profiles, “moment of truth” timelines and video interviews on this site to include more than 40 important journalists active since 1950, and to develop a documentary and a book using this material.  The project has evolved into a public way to honor these important truth-tellers and the legions of other hearty, less-heralded souls like them, and to educate current and future generations about the importance of this kind of fearless, original, independent reporting. Reporters are the canaries in the mine shaft of our democracy. We lose them at our collective peril.