The life cycle of the arming-teachers debate

This story is being published in partner with Poynter.org.

The idea of arming teachers with guns in response to the shooting at Marjory Stoneman Douglas High School in Parkland, Florida, where 17 people died last month, became a popular topic in the news after President Donald Trump proposed the tactic. He did so during a meeting with survivors and families affected by school shootings. 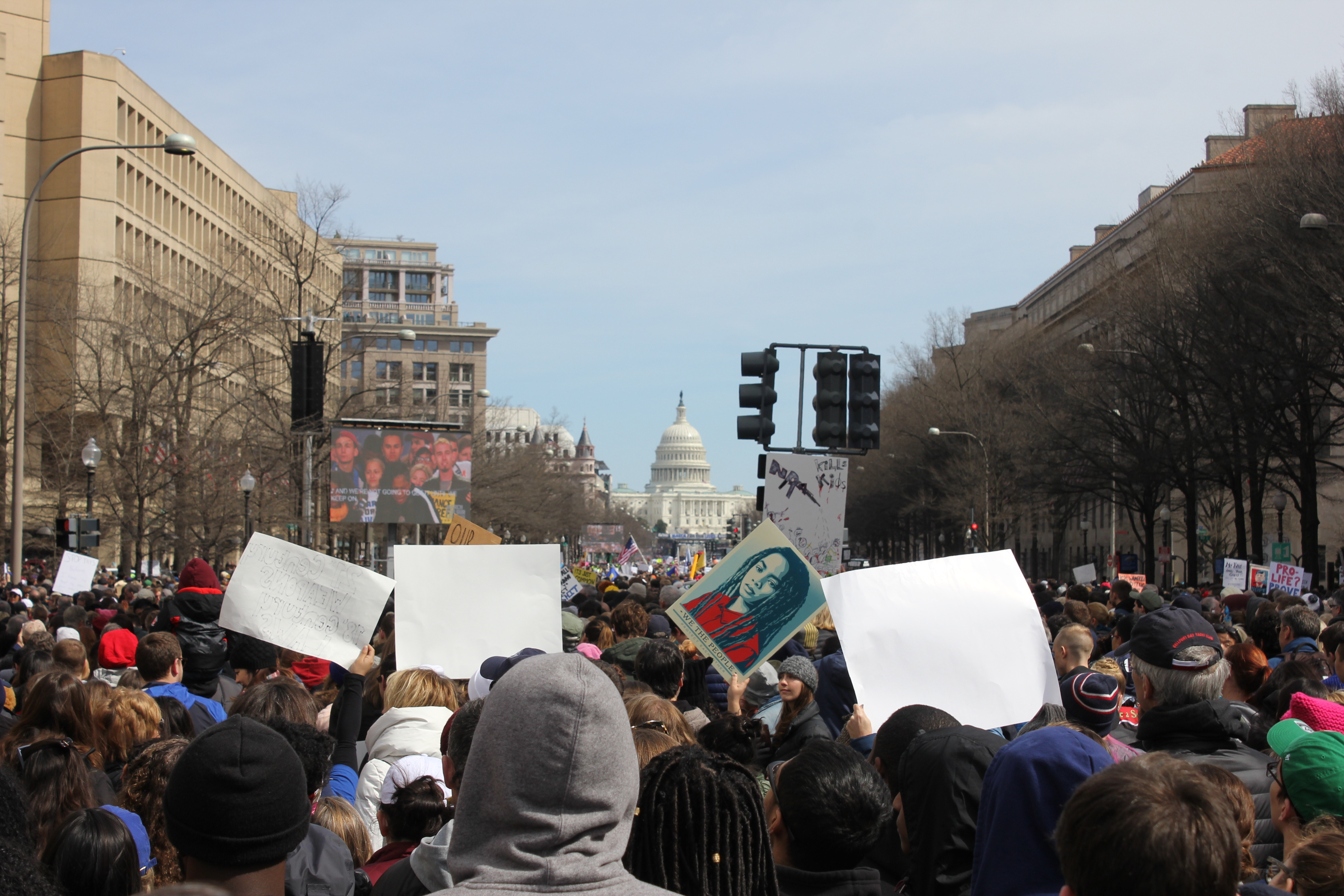 This isn’t the first time arming teachers has been in the news.

Transcripts from broadcast reports compiled by the Internet Archive show that cable news outlets reported on arming teachers after nearly every major school shooting since data has been available.

The Investigative Reporting Workshop used data from the GDELT Project, an open database of news media, which analyzes the compiled transcripts and video of news reports from the Internet Archive, a nonprofit that compiles web pages and other digital media.

Among cable news networks, CNN broadcast more on Trump’s suggestion to give guns to teachers than MSNBC or FOX News.

The Internet Archive began compiling transcripts and video starting in 2009, so the data does not include coverage of the shooting at Columbine High School in 1999 that killed 14 or the shooting at Virginia Polytechnic Institute and State University in 2007 that killed 32 people.

The first mention of arming teachers in the archive’s data was on Jan. 19, 2011, from a Fox and Friends segment two weeks after a student shot two administrators at a high school in Omaha, Nebraska.

Then-Nebraska state Sen. Mark Christensen, a Republican, proposed a measure to allow concealed handguns in schools for security guards, administrators and teachers. The bill did not pass.

Coverage of arming teachers with guns dropped two weeks after the Omaha shooting, and another four weeks after reports on the Texas Legislature aiming to allow handguns on college campuses. That measure did not reach the senate floor.

The next spike in TV coverage was on Dec. 17, 2012, after the shooting at Sandy Hook Elementary School in Newtown, Connecticut, in which 20 children and six adults were killed. Lawmakers in at least six states introduced legislation to allow teachers to carry guns at school and school events after the Connecticut shooting, according to a Huffington Post report. Coverage on arming teachers continued until June 2013 but faded away like the coverage after the Nebraska shooting.

Another spike came after then presidential-candidate Donald Trump’s suggestion in a phone interview for Fox and Friends on May, 22, 2016, that teachers should have guns in classrooms.

Flash forward to Feb. 14, 2017 — the Parkland shooting — and the notion of arming teachers again was peppered across multiple media platforms. It remained in the news as Florida’s Legislature, which was in session, took up the issue as part of a guns and school safety bill. The package passed Wednesday and is headed for Gov. Rick Scott’s desk. It’s unclear if he will sign it.

This pattern of spikes and drops in attention over time isn’t exclusive to TV coverage. Online articles showed a similar pattern in sentences mentioning “armed teachers,” “gun” and “school shooting,” according to an analysis by Media Cloud.

Unlike media coverage, online searches related to arming teachers was more consistent over the years, according to Google trend data. Two events had the highest volume of searches: the Sandy Hook shooting and the recent shooting in Parkland.

Whether interest in arming teachers wanes again is yet to be determined. We’ll update you in coming weeks.

David Rodriguez contributed to this story.