Mayor Muriel E. Bowser’s aides complained that Hughes, director of the Office of Open Government, was “cracking down” on agencies that defied transparency rules, according to emails provided to The Washington Post.

Open-government advocate Joshua Tauberer obtained the emails through a Freedom of Information Act request. He gave The Post emails that show agencies complaining to top staff in Bowser’s office when Hughes took action against them for not being transparent under the Open Meetings Act. Mayoral staff also complained about Hughes. 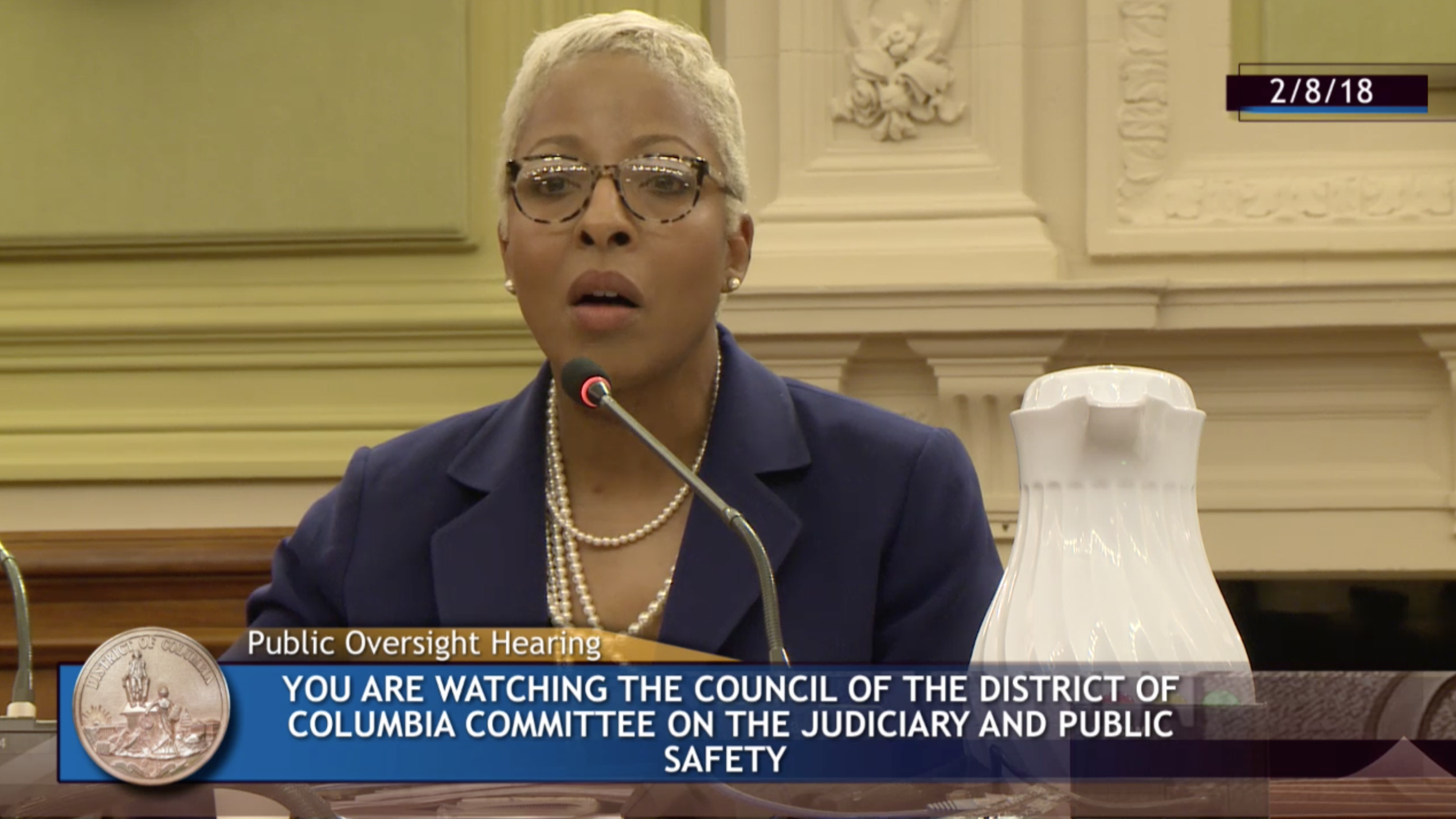 Traci Hughes spoke at the Committee on the Judiciary and Public Safety Feb. 8 hearing about not being reappointed to her post.

In February, the D.C. Board of Ethics and Government Accountability — appointed by Bowser — voted 3-0 not to reappoint Hughes. Her five-year term expires April 22.

Hughes came out against Bowser’s 2015 proposal to exempt footage from body cameras worn by police from public records requests, calling it “completely counter to the executive’s professed aim of a more inclusive and transparent government." She also has opened cases against agencies for not complying with the Open Meetings Act, which requires them to notify the public of meetings. Her office is tasked with keeping more than 90 District agencies in compliance with the Freedom of Information Act.

Ethics Board Chair Tameka Collier denied that the mayor’s office influenced the board's decision but said she could not provide a reason for not reappointing Hughes because it was a personnel issue.

Hughes told The Investigative Reporting Workshop in late 2017 that her office should have more authority to make sure agencies comply with FOIA. She also said her office didn’t have enough staff to monitor each agency’s compliance.

In September 2017, Hughes recommended that a mayor’s office official delay holding a commission meeting until a judge finalized an order on Open Meetings Act violations.

At the time, Steve Walker, director of the mayor’s Office of Talent and Appointments, emailed Betsy Cavendish, the mayor’s general counsel, saying: “Crazy the Director of Open Government — wants to close government.”

“I know! And I want the German Chancellor to run the United States instead of the U.S. President! World is upside down,” Cavendish replied in one of the emails The Post obtained.

Ethics board members received similar complaints from the mayor's office and agencies, The Post notes.

These emails support Hughes' hunch that the mayor’s office was involved in the ethics board’s decision to let her go, Hughes told The Post.

The posting to fill Hughes' job states the new director should "work in coordination" with the ethics board's senior attorney adviser. This differs from how Hughes’ office currently operates — which is independently from the board, The Post reported.

It will be difficult to keep District agencies in compliance with FOIA without independent action by the office, Robert Becker, government relations chair for the D.C. Open Government Coalition, which pushes for public access to government information, told the Investigative Reporting Workshop in February.

Earlier this week, the coalition posted a letter it sent to the D.C. Department of Human Resources saying it's "distressed" to find the ethics board posting "appears to deviate in significant ways from the statutory conception of OOG as a functionally independent entity."