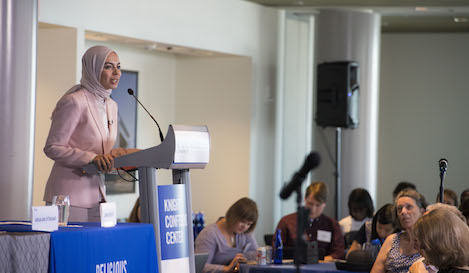 Research shows that 9 out of 10 news stories about Islam involve terrorism and violence. The one-hour conversation was moderated by Engy Abdelkader, a researcher for Georgetown University’s Bridge Initiative, and featured John Esposito, Arsalan Iftikhar, Dalie Mogahed, Ayman Mohyeldin and Roland Schatz, who explored how the media ...