Sometimes, as both reporter and reader, news stories can feel a little repetitive. Another tragic shooting or overdose, leaving torn families in its wake. Another environmental disaster we may not be able to slow down in time. Another abuse of power, exposing biases, neglect or other shortcomings.

New episode to air on Showtime

The Workshop's senior producer, Margaret Ebrahim, produced two stories for the "Years of Living Dangerously" series on climate change, and they air at 8 p.m. May 19 on Showtime. Here's a preview and more behind-the-scenes coverage.

Additional stories, science information and educational tools are available on the "Years" site and the Workshop's. 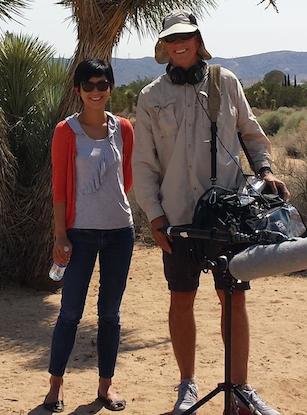 “Years of Living Dangerously” will explain the science of climate change and ...

"Years of Living Dangerously," to air on Showtime in April 2014, looks at the impact of climate change around the world. The Workshop's Senior Producer, Margaret Ebrahim, has been reporting two of the stories in the eight-part series: one explores the natural-gas boom and the other is about the rise in renewable energy development.