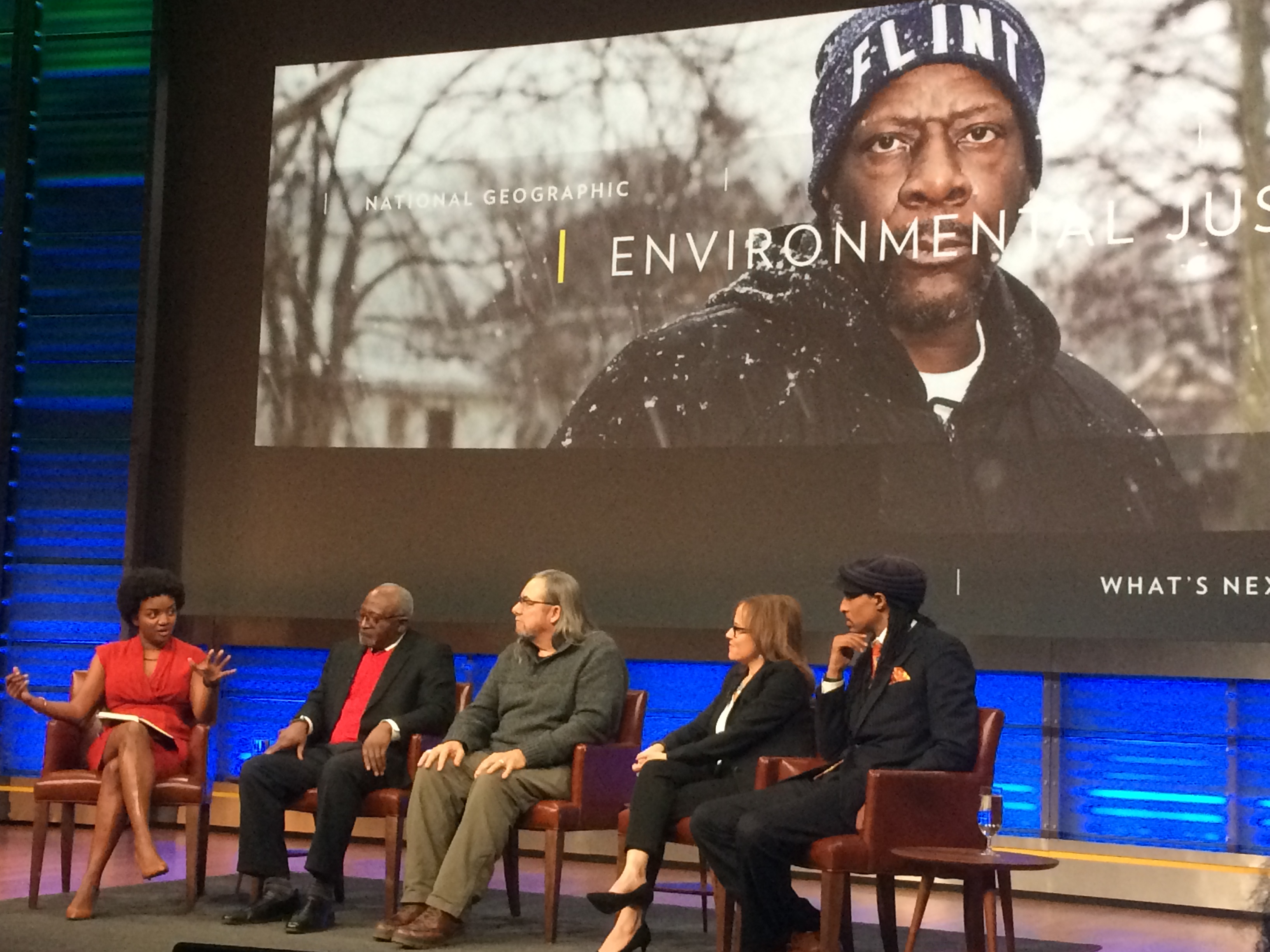 The treatment of protesters, activists and journalists — who were subjected to rubber bullets, tear gas, water cannons, physical assaults and arrests — raised concerns over the First Amendment, environmental justice and racism. The intersection of these issues was the focus at a recent National Geographic event, “Environmental Justice: What’s Next?”

Robert Bullard, an author and professor of urban planning and environmental policy at Texas Southern University, and the “Father of Environmental Justice,” has spent decades exploring environmental racism. The rest of the country, he said to those in attendance at the Gilbert H. Grosvenor Auditorium, is starting to wake up to the issues communities of color have fought against for decades and indigenous populations have been grappling with for centuries. High-profile cases like Standing Rock and Flint, Michigan, where thousands of residents were exposed to lead-tainted water, are only the tip of the iceberg.

“There have been dozens of Flints,” Bullard said.

And victims are often people of color. More than half of Flint’s residents are black. Uniontown, Alabama, where toxic coal ash from a nearby landfill contaminated the water supply, is roughly 90 percent black. In fact, numerous studies dating back decades have found that communities of color and low-income neighborhoods are disproportionately affected by environmental pollution, according to The Washington Post.

A study published this month in the American Journal of Public Health, conducted by scientists associated with the Environmental Protection Agency, found that people of color are more likely to live in areas affected by air pollution. This research echoes some of Bullard’s own findings: Race, not income, more often dictates whether someone will live in an area affected by pollution. Earlier this year, the Trump administration announced plans to ease regulations on facilities that emit toxic air pollution.

Many cases don’t receive as much attention as Standing Rock or Flint, leaving victims without the public exposure that is often needed to bring about change.

Media outlets play a crucial role in raising awareness, Adrianna Quintero, a senior attorney with Natural Resources Defense Council, said. “If we’re hearing the stories, we will empathize,” she said. “We have an opportunity to really mobilize people by telling stories.”

One way to improve coverage: Journalists should embed themselves in these communities, said Mustafa Santiago Ali, a member of the Hip Hop Caucus who spent 24 years at the EPA.

“That has to be a part of this process,” he said. “And when it’s not, we’re doing an injustice to those communities and to the power of the narrative to make change happen.”

“They should not be using your tax dollars to poison you or hurt your community,” he said. “Tax dollars should be used to build communities up . . . not to break them down.”

Jon Waterhouse, whom President Obama appointed to the Joint Public Advisory Committee in 2010, advocates for a local, grassroots approach to environmentalism.

“We cannot wait for the government,” Waterhouse said at the event. “It’s up to us.”

“There are bright lights out there,” he said, “where people have come together to clean things up and fix things environmentally and cause their own justice.”