Journalists rewarded for their bravery

Every year, many female journalists are harassed, detained, beaten or even killed just for doing their jobs. Despite many efforts made for improvement, the situation hasn’t changed. 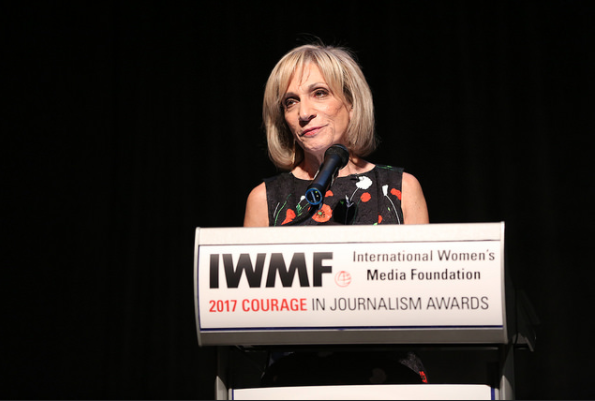 “The attitudes toward women in politics and women in journalism today is more aggressive, is more sexually threatening, more abusive and dismissive than any time that I can recall,” said Andrea Mitchell, chief foreign affairs correspondent at NBC News, in a ceremony honoring courageous female journalists last week.

The Oct. 23 event was the part of the International Women’s Media Foundation’s annual celebration to honor female journalists all over the world who demonstrated courage, commitment and sacrifice in pursuing the truth.

Since its foundation in 1990, the foundation has honored more than 100 women in journalism from 56 countries.

A legend in broadcasting journalism, Mitchell used to be the only female broadcaster during the 1960s and 1970s in Philadelphia interviewing politicians and public figures.

“Now we are seeing the same kind of insults, all against political opponents and journalists, men as well as women, but particularly women,” Mitchell said in her speech to accept the Lifetime Achievement Award, “whether they are just described as wacky or weak — or as Bill O’Reilly called me out for trying to ask Secretary of State a question ‘as an unruly woman.’”

And while journalists in Washington are under attack for doing their jobs by holding public officials accountable, reporters outside of Washington are braving danger every day, Mitchell said. 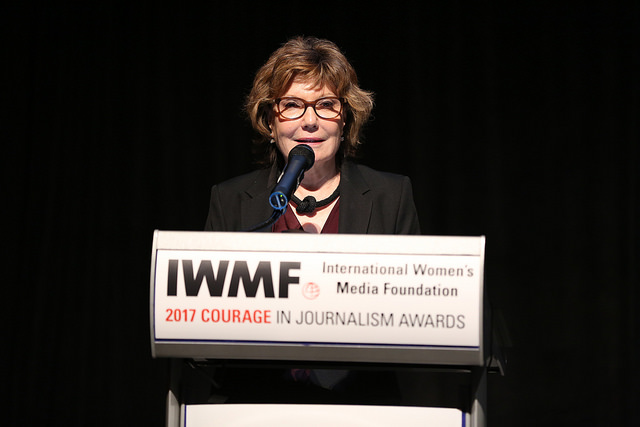 Deborah Amos from NPR accepts the 2017 Courage in Journalism Award in Washington D.C.

Deborah Amos, NPR’s Middle East correspondent, is no stranger to such dangers. During her 40 years of experience reporting from conflict zones, Amos was detained in the Balkans and Iran and kidnapped in Somalia.

Accepting the Courage in Journalism Award, Amos said, “No one gives you a courage test the first time you are given a dangerous assignment because there is no reliable measurement.”

Her job is to ensure that the experience of civilians who endure the brutality of war gets the attention it deserves, she said. “It can get risky at times. But I have support and encouragement, and I always knew that I could walk away if it ever got too tough,” she added.

But women reporting from their home countries cannot walk away from suspicion, censorship and even persecution. This includes Hadeel al-Yamani and Saniya Toiken, two other Courage in Journalism Award recipients.

Hadeel al-Yamani is the first woman to become an Al Jazeera Arabic television correspondent in Yemen, covering the country’s civil war from the front lines. Being a war correspondent in a country in which a large number of people are deprived of basic human rights, al-Yamani said she has to wear body armor with her abaya and hijab during work. 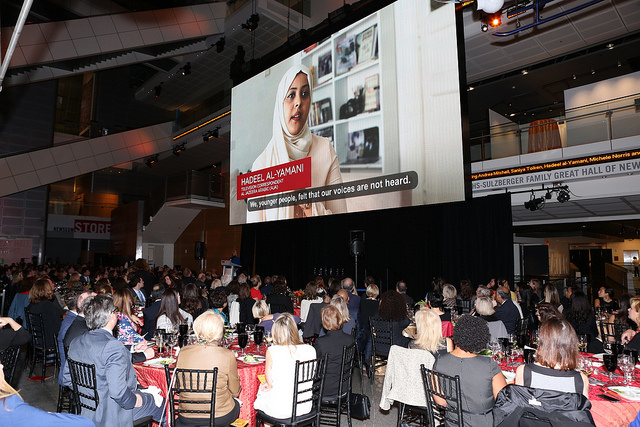 But al-Yamani was denied a visa, which prompted comments from several honorees.

“Hashtag ‘Hadeel’s visa.’ I think we should make more of the noise about that with all the recipients here in Washington, so close to the place where visas are given out, ” Amos said on stage.

In her news program on MSNBC the next day, Mitchell asked, “What threat can a 25-year-old woman journalist who is braving the civil war in Yemen possibly present to the United States? If she doesn’t embody U.S. values, I don’t know who does.”

In the acceptance remarks sent to the foundation, al-Yamani wrote, “Journalism, on its basic level, is to report news without biases. However, where we work, it’s become about dealing with the bodies and injuries of children, dodging snipers’ bullets aimed at you or at your colleague or covering the news of your colleague’s abduction.” 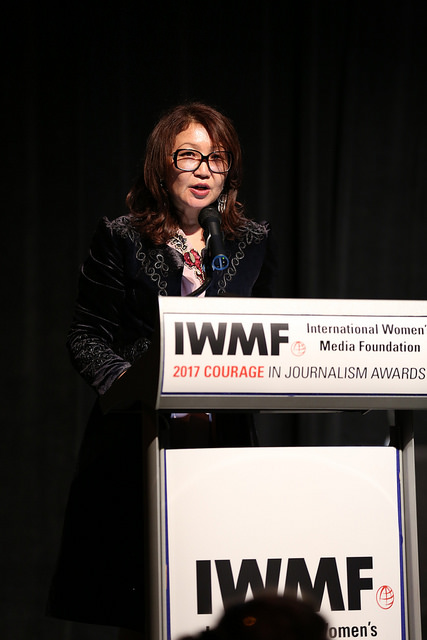 Al-Yamani said "my courage is not even comparable to that of a woman who bids farewell to her husband or child as if it’s their last when he goes to defend his land."

Saniya Toiken is always ready to say goodbye to her family and friends in Kazakhstan because she is a favorite target of the dictatorial government and law enforcement.

A reporter for Radio Free Europe/ Radio Liberty, Toiken refuses to turn a blind eye to the injustice and corruption, as most local media outlets do, she said. As an independent journalist in Kazakhstan for two decades, Toiken is accustomed to government’s harassment, threats and imprisonment.

She said many people don’t understand why she constantly puts her life at risk. Even her son called her once when she was detained and interrogated, and asked, “Mom, why are you doing this? Take it down a notch!”

“I am happy when heroes of my stories call me and thank me for covering their stories,” Toiken said. “ For me, journalism is my life, and I cannot change it.”