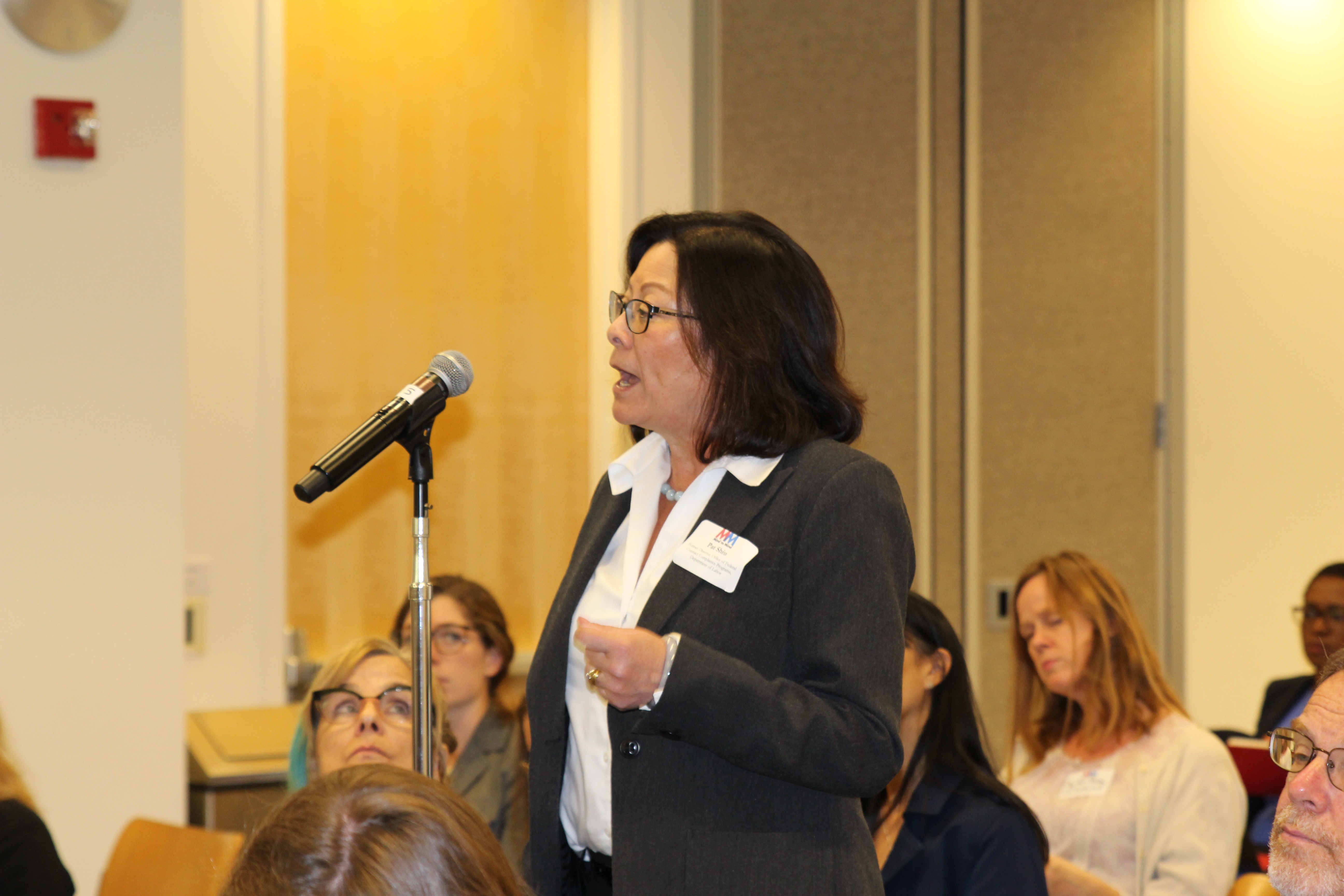 Roe was one of nearly two dozen speakers at Mind-to-Mind, coordinated by Reveal, from The Center for Investigative Reporting, who were there to discuss how journalists and university scholars can better collaborate to investigate workplace disparities.  Topics ranged from analyzing algorithms to immigrant labor to disparities in Silicon Valley.

Patricia A. Shiu, the former director of the U.S. Department of Labor’s Office of Federal Contract Compliance Programs under the Obama administration, talked about pay disparities in an interview with Reveal’s Will Evans.

The benefits of collaborating were clear. Academic researchers often have access to data and expertise not available in newsrooms. And working with news outlets can widen the reach of research.

Some points of conflict arose as well. Academic researchers often have more time than newsrooms to complete research.  And a few researchers worried that their work was oversimplified in news reports. 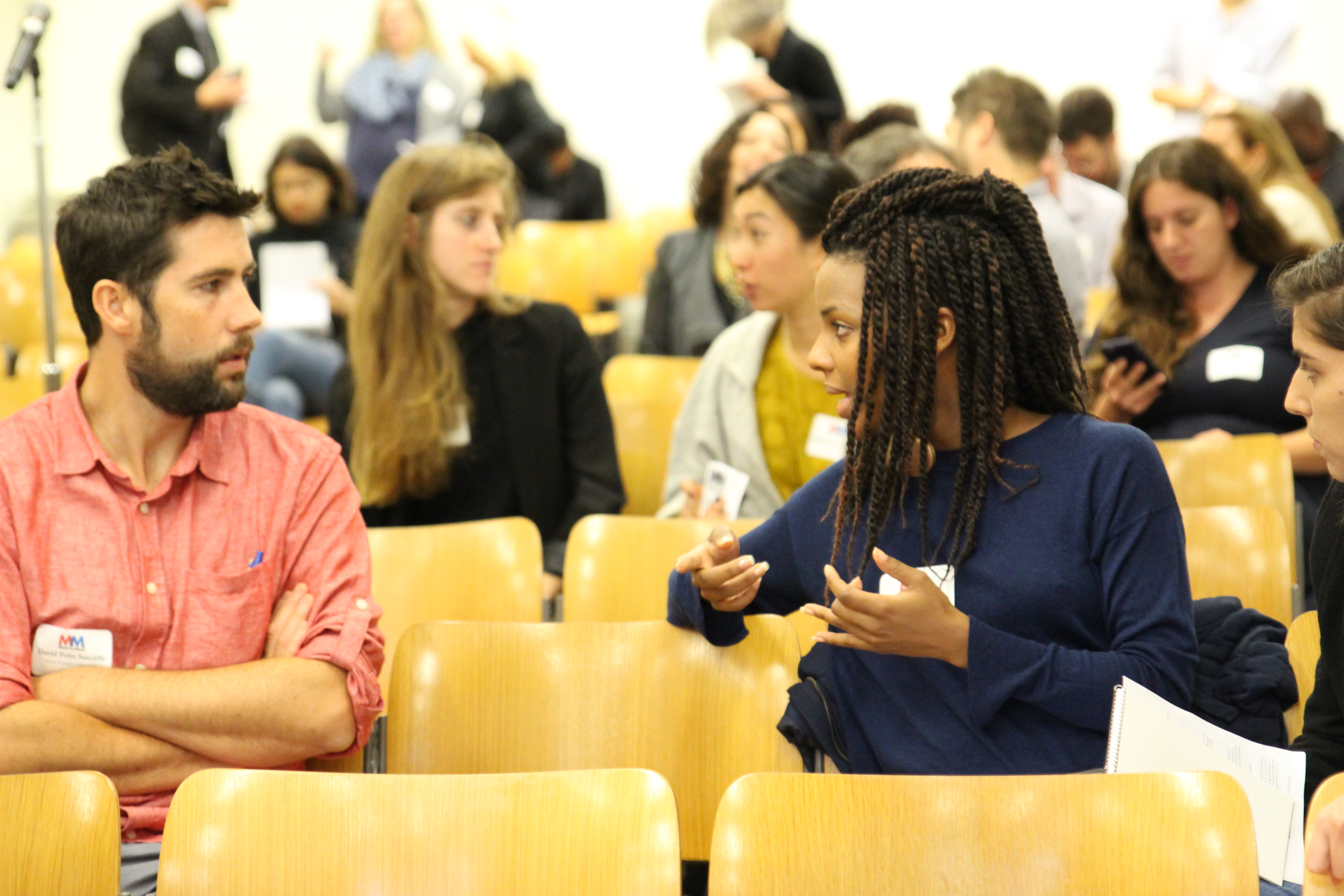 “We have to be transparent about what we know and don’t know,” said Michael Grabell, who reports on labor and immigration issues for ProPublica.

Some researchers already are trying to collaborate more.

Don Tomaskovic-Devey, a sociology professor at the University of Massachusetts Amherst, came to the symposium to help improve resources for journalists. He directs the Center for Employment Equity, which is building tools to work with data from the U.S. Equal Employment Opportunity Commission.

Alexis Martin, research director for the Kapor Center for Social Impact, previewed a website called the “Leaky Tech Pipeline,” which will track the causes of disparities in the technology workforce.

Most attendees, researchers and journalists, were excited about the possibilities of collaborating.

“This is the next great step in investigative reporting,” Tribune reporter Roe said.

Workshop data editor Jennifer LaFleur moderated a session about investigating data and algorithms. She is a former senior editor for Reveal.