Editors: 'We are not at war with Trump' 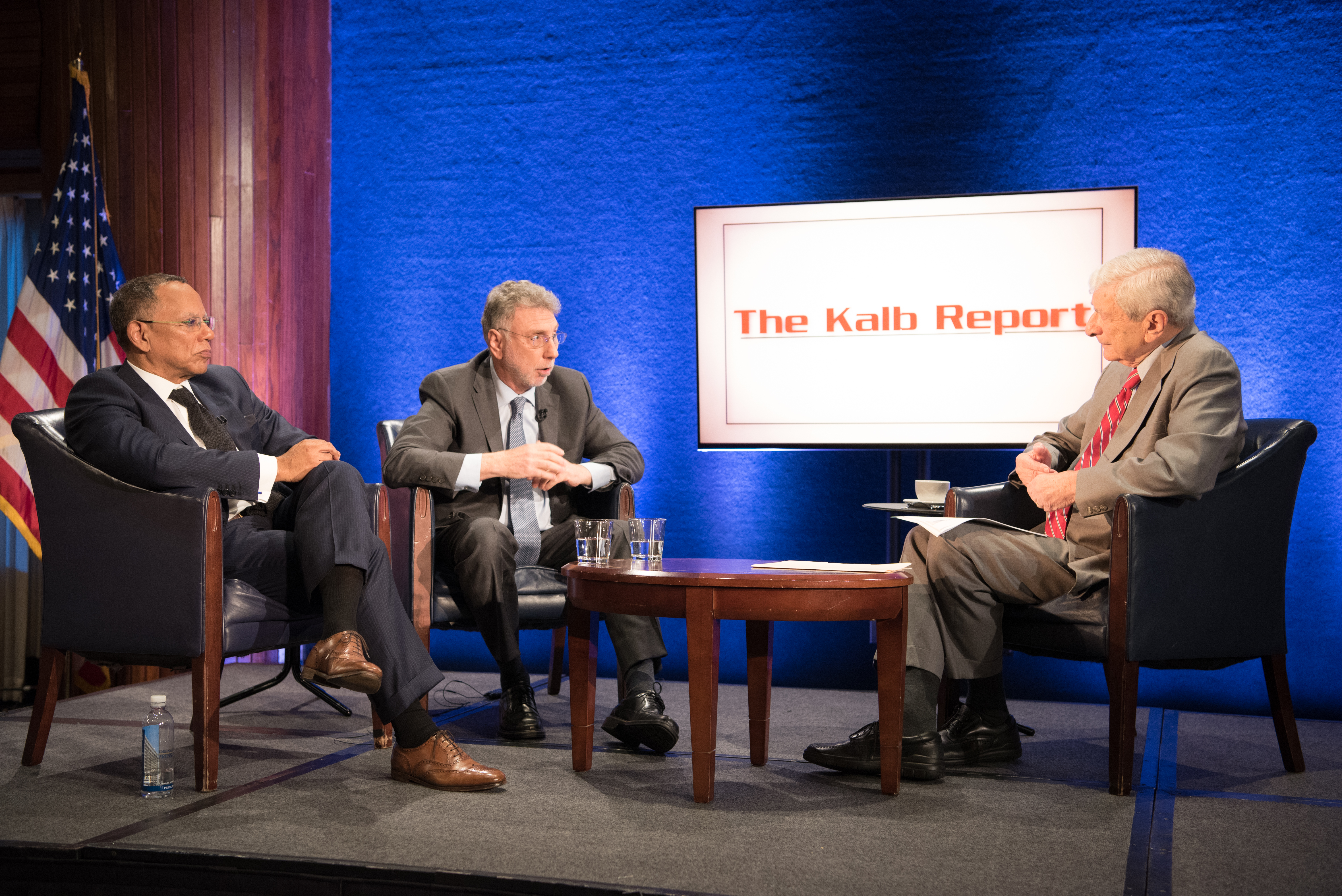 Top editors of two of the country’s leading news organizations said that their reporters were at the forefront of covering the Trump administration, but they were not competing with each other to topple the presidency.

Dean Baquet and Marty Baron, executive editors of The New York Times and The Washington Post, respectively, said that a journalist’s mission of pursuing truth and fairness hasn’t changed in the Trump era.

In an event titled “Guardians of the Fourth Estate” at the National Press Club, the two talked with legendary journalist Marvin Kalb as the part of the 24th season of The Kalb Report, a public television, radio and online series.

Kalb started the discussion with the proposition that democracy and freedom of the press are closely linked. But such a link is in danger now because President Trump constantly challenges the legitimacy of journalism by calling the media “fake news” and “enemies of the American people.” 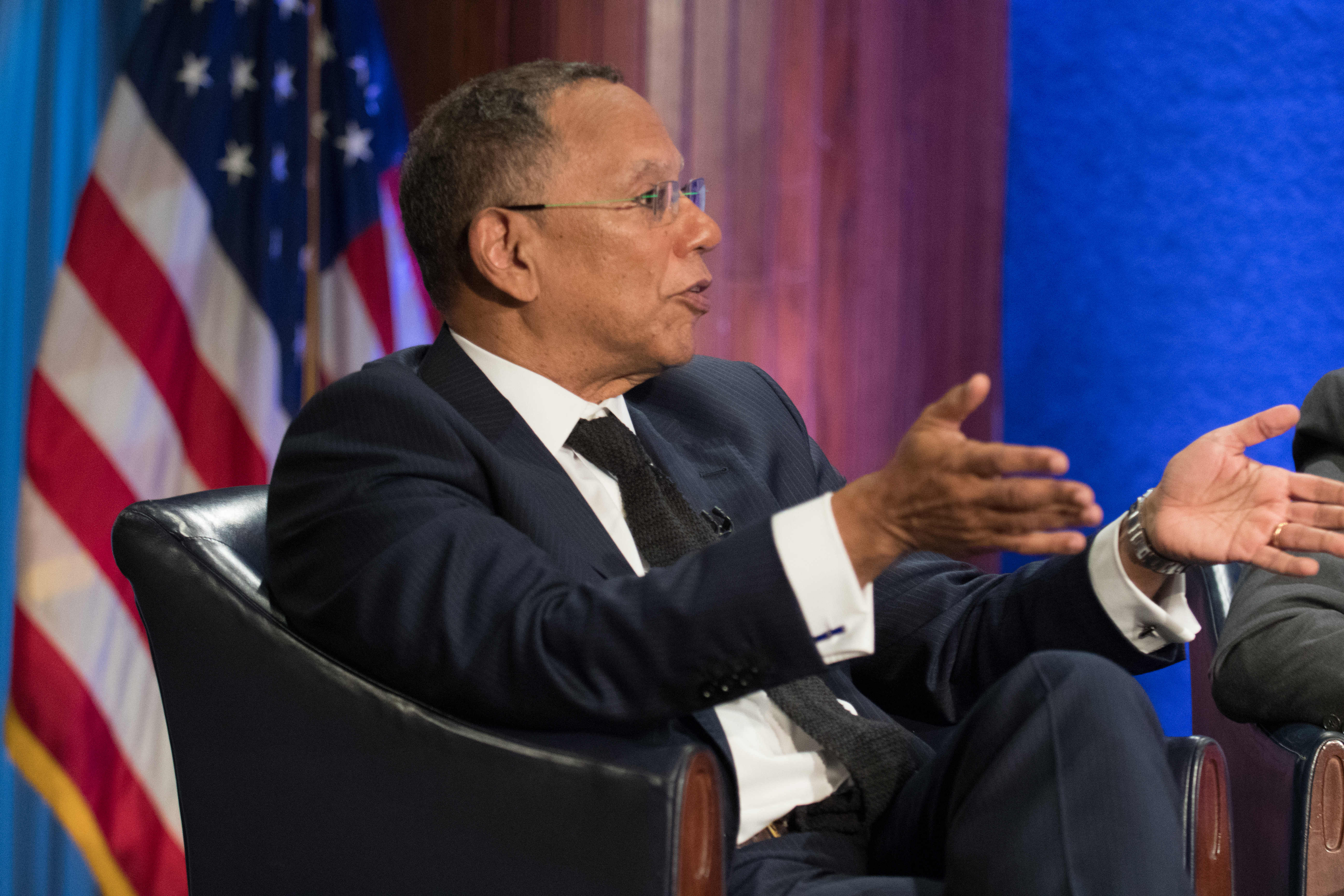 Baquet speaks on remaining true to the core values of journalism at a Press Club event Oct. 16, 2017.

Journalists are facing a different political climate now, not only because Trump escalated the usual quarrels between the administration and the press but also because he threatened to imprison journalists or revoke broadcasting licenses if their reporting displeased the White House.

Despite a more hostile and threatening environment for journalists, adherence to the core of journalism values remains unchanged, both editors said.

Baron said that when he walks into the newsroom every day, he can see the principles of The Washington Post on the wall. “The very first principle, which has been around there for more than eight decades, is to tell the truth as nearly as the truth may be ascertained,” he said.

Baquet said the arrival of the digital age has already meant threats to traditional journalism standards in some institutions. When the Trump administration causes a significant shift in the culture of Washington, Baquet said, “That calls for us to stick to our principles even more.”

“I think, over the long haul, if you tell the truth, if you're accurate, if you're aggressive, and if you're fair and you hold on to your principles, I think in the end that's the only way we can cover (him),” Baquet said.

The president’s attacks on the press have become so frequent that news organizations cannot afford the time to respond to each of them. All they can do is to treat them as some degree of background music — an unpleasant one — Baron said.

“On his first day in office, he went to the CIA headquarters and said, ‘I have a war with the press,’” Baron said. “The reality is we don’t have a war with him. We’re not at war. We are at work.”

He said, “If we were to react to this every single day and spend our time making an issue out of it all the time, we wouldn't be able to do our jobs.”

How to rebuild the trust

Kalb asked the editors how to rebuild trust when Trump repeatedly berates the press. A recent Gallup poll showed that the American public’s trust in mass media continues to drop.

Baron said a large segment of the population considered the media a “partisan enterprise,” and added that people's confidence in media reports hit bottom during the Watergate investigation.

“Then it turned out that reporting was validated, and the approval ratings for the press after Nixon’s resignation went sharply up, to the highest point we’ve seen,” Baron said.

Calling himself “maybe naive,” Baquet said as long as news organizations aggressively play the role of government watchdog and hold onto their values, trust will be restored.

Baquet and Baron also agreed that transparency will help re-establish the public’s confidence.

“People are entitled to know who we are. They’re entitled to know how to reach us,” Baron said. “We can show more of the documents that we depend on in doing our reporting. We can disclose more full transcripts or full audio of interviews that we’ve conducted.” 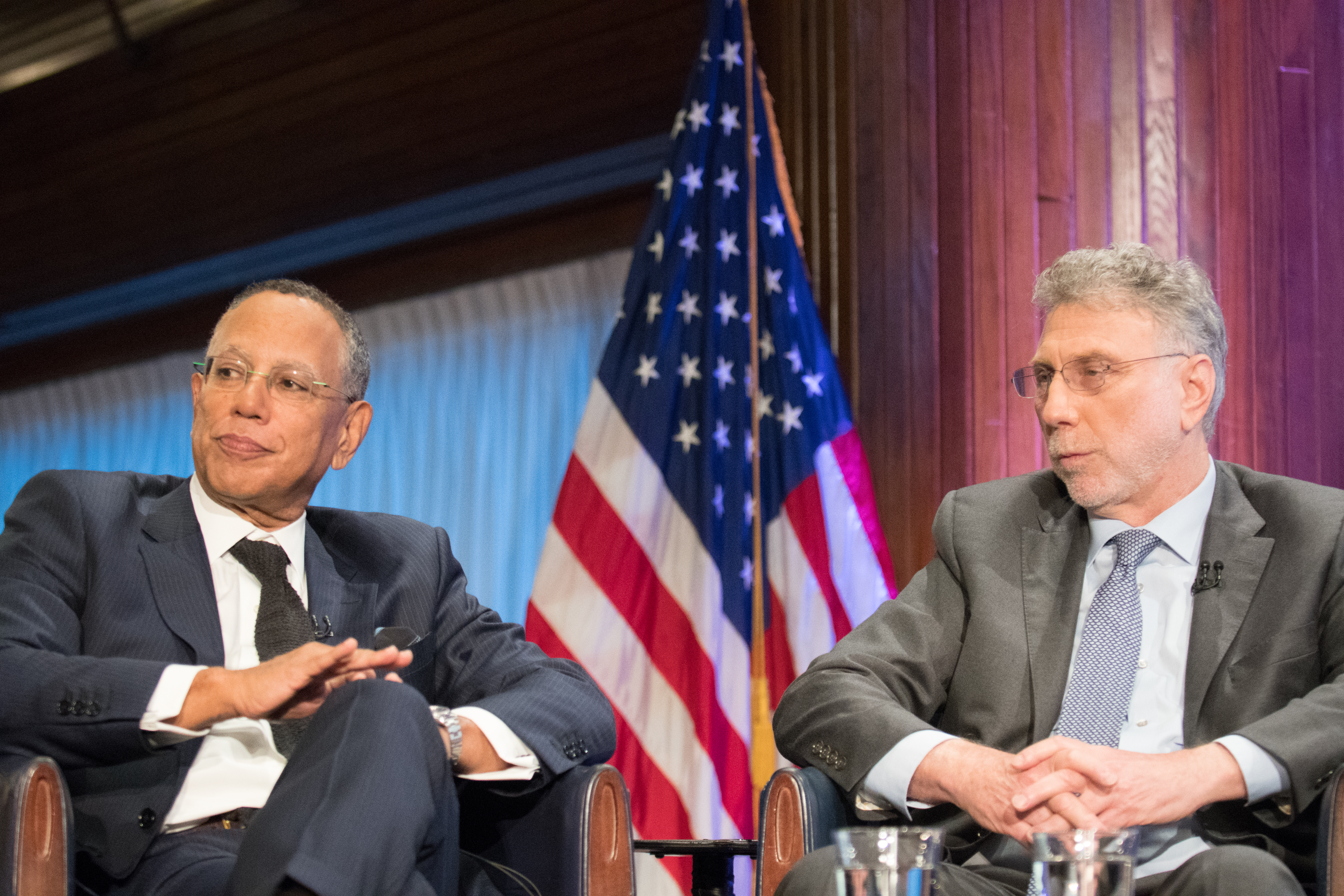 Asked about the single biggest challenge The New York Times encounters, Baquet cited the financial pressure three years ago, which he said is no longer the case.

In fact, the two organizations have seen a dramatic increase in their readership since the rise of Trump.

Their financial model now relies more on paid subscriptions, a departure from one that depended heavily on advertising. Baquet described such a transition as a “remarkable and terrific development.”

“I think people want to read strongly reported and well-reported journalism,” Baquet said. “They are flocking to us.”

While the big news platforms, such as the Times and the Post, saw a record of revenue growth after last year’s election, the decline of local news organizations seems inevitable.

The two said this lack of coverage is their biggest concern.

Baquet said that in the next four to five years many local newspapers are going to go out of business, and the consequences of this are catastrophic.

“We are in the middle of a crisis that people have not woken up to,” he said.