The Help America Vote Act of 2002 required, among other things, that polling places be accessible and have at least one accessible voting machine.

But voters did encounter problems in November. Several disabled voters responded to ProPublica’s Electionland project that they had accessibility issues at polling places. 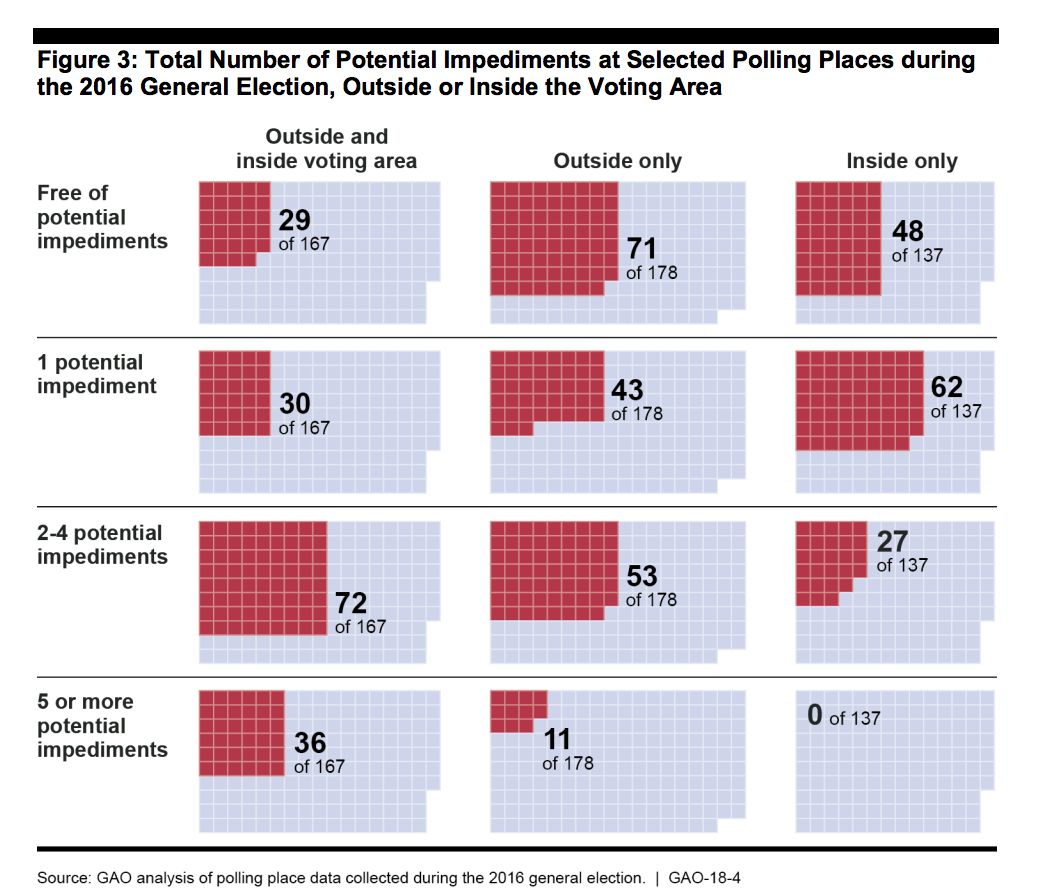 One voter reported that a Cambria Heights, New York, polling place required voters to go down two flights of stairs: “There is no elevator, no ramp. No handicap accessibility.”

The ability of voters with disabilities to get into their polling places is not the only accessibility issue. Blind voters, who long have sought the ability to cast their own vote rather than having a poll worker do it for them, found that some polling places did not have audio voting machines, even though the 2002 HAVA law required it.

The GAO found that the U.S. Department of Justice’s guidance “does not clearly specify the extent to which certain federal accessibility requirements are applicable to early in-person voting.”

It recommended that the Justice Department further study implementation of voting accessibility laws.

“I don’t know if it’s laziness or incompetence, but neither is an excuse,” he said. “But it has to stop.”

Dickson said the real solution is for the Justice Department to file more lawsuits.

“I’m tired of being studied,” he said.

The Justice Department has sued some jurisdictions in recent years over barriers in polling places, including Harris County, Texas, Philadelphia and Augusta County, Virginia.

Data Editor Jennifer LaFleur participated in the Electionland project. She also is on the board of the National Center on Disability and Journalism.