On March 2, 2017, Cecilio Pineda, a Mexican investigative reporter, posted a video about the close tie between a drug cartel leader and a local politician on his Facebook account. Two hours later, he was murdered.

Pineda’s investigation, along with ones of two other fallen journalists on drug cartels in Mexico, has been translated into nine languages by Forbidden Stories, a newly launched website, so their work can reach as many people as possible. 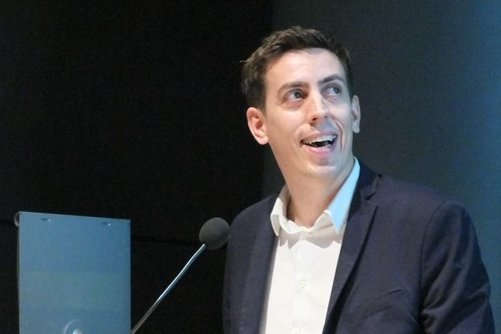 Laurent Richard presents the Forbidden Stories project at the Newseum.

Laurent Richard, the founder of Forbidden Stories, a renowned TV journalist from France, presented the project at the Newseum on Monday in Washington.

The nonprofit online platform serves as a safe-box for journalists in danger to upload sensitive information via an encrypted communication channel. In addition, staff at Forbidden Stories will complete the work if a reporter is imprisoned or killed.

“If you are a journalist facing threats, it’s very important for you to protect your stories. We provide a way for journalists in danger to make some backups,” Richard said. “In case something happens, we will be able to complete, to follow, to fact-check and to publish the story broadly.”

Digital security is key to the project, which uses open-source technologies, such as Signal, a secure messaging application for the smartphone, and SecureDrop, a whistleblower submission system, Richard said.

Richard developed this idea two years ago when 12 people working in the newsroom of Charlie Hebdo, a French satirical weekly in Paris, were killed by terrorists.

The offices of Richard’s company, Premières Lignes, were next door. He and his colleagues were the first to enter the newsroom after the killing, helping those who were still alive. “That event made me more aware than ever about the fragility of the free press,”  Richard said.

His vision to help journalists at risk was not only spurred of the death of journalists at home. Three months after the attack, Richard received a piece of paper from Khadija Ismayilova, an Azerbaijani reporter who was imprisoned in Baku, the country’s capital, because of her investigation into corruption among politicians in Azerbaijan and throughout Europe.

The note reminded Richard of the importance of continuing Ismayilova’s work, and also convinced him of the dire need to create a platform to keep forbidden stories alive.

Independent journalists all over the world are frequently harassed, threatened, jailed or killed for doing their jobs. Nearly 50 media professionals have been killed so far this year, and 300 professional and citizen journalists are currently imprisoned, according to statistics from Reporters without Borders, a partner of Forbidden Stories.

Meanwhile, the crimes and wrongdoings that journalists are revealing don’t stop at national borders. Reporting on the environmental crisis, money laundering and corruption has become so complicated that such issues are rarely only of local and regional concern.

Globalization of reporting — especially in light of global censorship — is more critical than ever, said Dana Priest, a longtime investigative reporter at The Washington Post who moderated the panel discussion after Richard’s presentation.

Yet cooperation among journalists from different media outlets and countries can be a huge challenge.

“We are not born or taught to collaborate," said Marina Walker Guevara, deputy director of the International Consortium of Investigative Journalists (ICIJ). "This is not in a reporter’s DNA. We were taught to scoop one another.”

Marina Walker Guevara speaks on the impact of the Panama Papers project.

But the journalist’s lone-wolf mentality is no longer applicable when the stories are too complex and dangerous for a single media organization or reporter to tackle, she said.

Her organization, a global journalism network founded two decades ago by Charles Lewis as part of the Center for Public Integrity, proved the power of collaboration by coordinating reporters from 110 media outlets in more than 80 countries to produce the award-winning Panama Papers. ICIJ has now spun off as an independent network of more than 200 organizations in 70 countries.

But when compared to journalism groups from Africa or Latin America — where media outlets are facing stricter censorship and limited resources — news organizations in the United States are generally more self-sufficient and less willing to collaborate, Walker Guevara said.

When ICIJ contacted several American media outlets at the beginning of the Panama Papers project, she said they were met with reluctance.

“They told us, ‘That sounds complicated and time-consuming. I’ve been very successful just working on my own,’” Walker Guevara said. 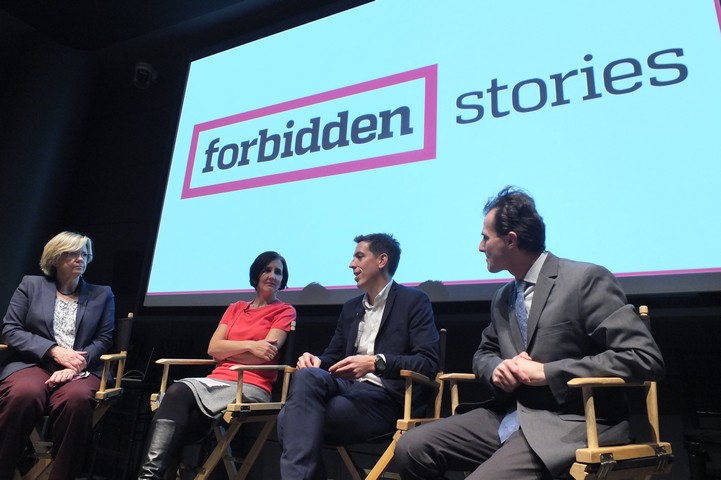 The nonprofit ProPublica website is now making an effort to work with other partners and also creating its own local chapters; ProPublica Illinois recently launched.

“I think we are going to see more and more collaboration in the U.S. and global cooperation with the U.S.,” she said.

The concept of continuing a fallen journalist’s story is not new, Walker Guevara said. One of the earliest examples of journalists working together can be traced to 1976, when investigative reporter Don Bolles was murdered for investigating organized crime in Phoenix.

In response to Bolles’ death, 38 journalists from 28 news organizations across the country traveled to Phoenix and produced a 23-part series in 1977 exposing widespread corruption in the state.

“When journalists join together and move together,” said Walker Guevara, “if something happens to one of the reporters, the other reporters are going to react as a team.”