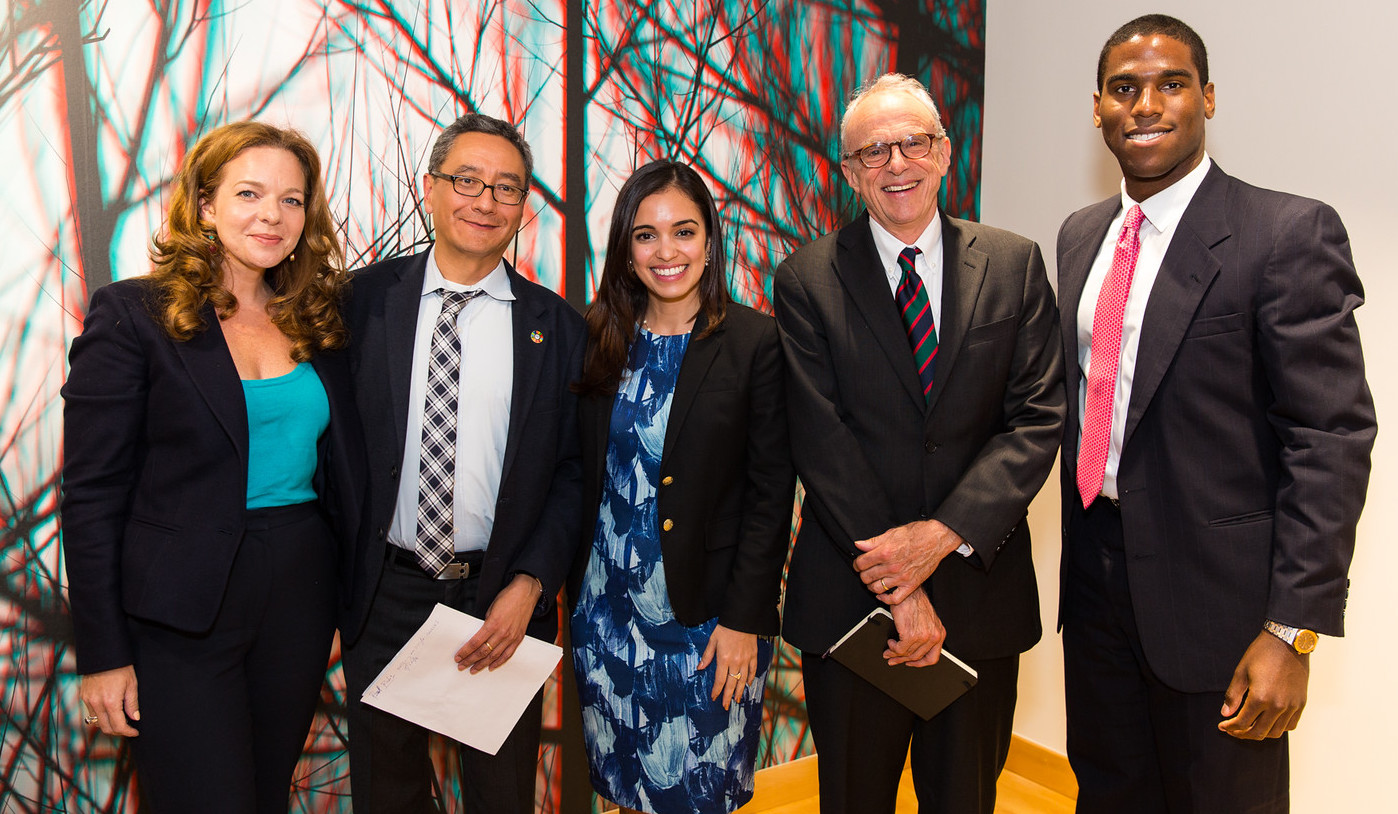 The United States dropped two spots to 43rd out of 180 nations studied in the 2017 World Press Freedom Index, a list compiled and released last month by Reporters Without Borders.

That, and other indexes of global media health, journalism’s vibrancy and the impacts on democracy and citizens, were among the topics discussed and debated at a Wednesday evening panel, Exploring Journalism and Democracy in the Digital Age, at the Goethe Institut, a German cultural center in Washington. The panel was sponsored by NetWings Corp, a nonprofit group that seeks to increase global engagement through international conferences with high school and college students.

Reporters Without Borders created the index that evaluates criteria including safety of journalists and independence of the media.

Panelist Oriana Piña, the communications manager at Alliance for International Exchange, said the condition of a country’s democracy and the freedom of its press are strongly correlated.

“Citizens, journalists and communicators are just trying to raise a voice to shed light on a truth,” Pina said. “I wholeheartedly believe that any political system that is threatened or feels threatened by this exposure of truth has something to be held accountable for.”

Margot Susca, another panelist and a professor of journalism at American University’s School of Communication, said the United States’ ranking may be surprising to many Americans because of the First Amendment, but she said corporate control threatens the freedom of the press when journalists have “their hands tied by financial constraints that are set by corporate owners.”

Paul Waters, on the panel representing his work at the Democracy Fund, said that the decline in the typical media revenue model has forced news outlets to resort to other financial strategies, such as corporate ownership, which may lead to ethics controversies.

Another panelist, Rob Britton, an adjunct professor at the McDonough School of Business at Georgetown University, said the increasing influence of media advertisers and owners represents a huge shift for the industry.

Britton said this change leads him to question what types of stories are covered and which ones reporters are leaving out.

Susca also referred to journalists who were charged with crimes for asking the Trump administration “basic questions.” On the other side of the aisle, she said that the Obama administration ranked the worst in American history in refusing reporters’ freedom of information and records requests.

That fact was confirmed by an article published by the Reporters Committee for Freedom of the Press in the Winter 2013 issue. Under the Obama administration, six government employees in addition to two contractors were criminally prosecuted with felonies under the 1917 Espionage Act. Previous U.S. administrations had only prosecuted a combined total of three people.

Waters, who holds a law degree from George Washington University, said that even with the laws and protections given to the press, sometimes American journalists do not have the resources to pursue their rights, as these law cases can be expensive. He said as our society progresses further into the digital age, “we need to think about how can we provide for a strong press that feels legally confident to go out and get the great stories.”

Susca, who runs the weekend M.A. program in Journalism and Digital Storytelling, also is an associate editor at the Investigative Reporting Workshop. The Workshop also recently received financial support from the Democracy Fund, a bipartisan foundation that utilizes media to support political democracy.