Workshop Fellow Jerrel Floyd joins nine other students from various colleges around the country who will be working as researchers and reporters, graphic designers and videographers this summer at the Workshop.

Floyd brings with him the experience of having been part of the Atlanta Journal Constitution team that was a finalist for this year's Pulitzer Prize for its report on doctors and sexual misconduct across America. The investigation pulled together and examined thousands of cases of sexual misconduct by physicians in the United States since 1999; highlighting the prevalence of these incidents and lack of legal ramifications for the doctors involved.

Floyd, who was an intern at AJC at the time following his graduation from Morehouse College, mailed letters to many of the doctors to inform them that their case might be highlighted by the project, and to offer them the opportunity to speak to him directly about their charges.

"One of the most memorable responses I received," Floyd recalls, "Was a handwritten letter by a doctor in Las Vegas who was accused of sexual misconduct with his elderly patients. In the letter he explained to me that he had heard in Las Vegas that a man could acquire an attractive woman for less than $500 and he would have no incentive to sexually harass an elderly woman." 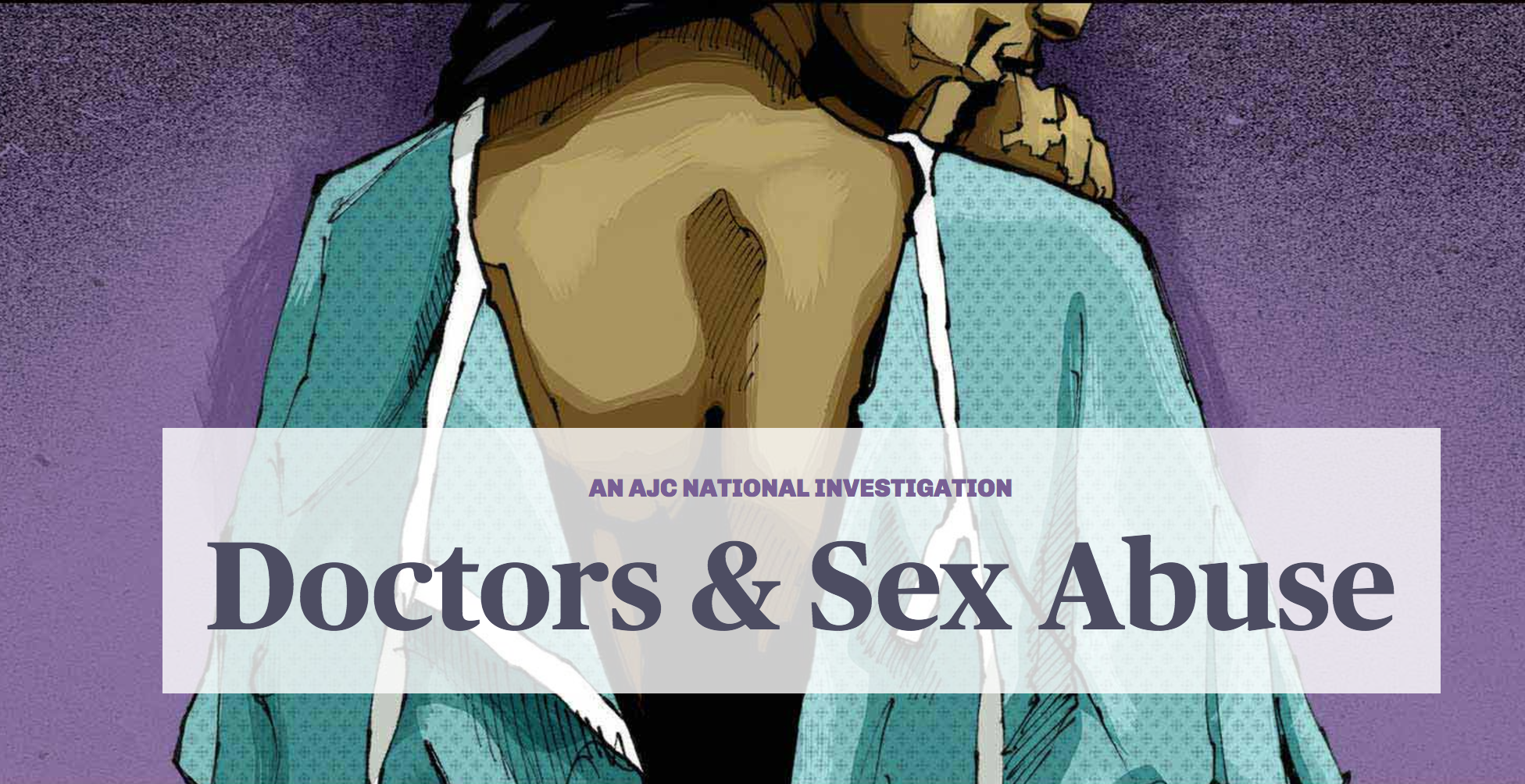 Illustration from the series by Richard Watkins, AJC

The AJC’s investigation looked at charges of abuse against hundreds of doctors nationwide. The multi-part series includes recent updates and patient resources.

With Johnny Edwards, a reporter at the AJC, Floyd also helped to unveil that often the only disciplinary or legal action that doctors face when charged with sexual misconduct is the loss of their license for two or three years, and that these cases frequently never make it outside of the health care community to the attention of local law enforcement.

Researching state-specific cases in which doctors were accused of the same crime as an average citizen in their community, Floyd found that doctors often do not serve the same, if any, criminal sentence as their average citizen counterpart did.

"Overall, it was a phenomenal experience that I was so thankful to be a part of," Floyd says.

You can read AJC's full report and its findings here.