Washington journalists on Trump’s war on the press

Trump’s war on the press is a political strategy and it’s working, Margaret Sullivan, The Washington Post's media columnist, said at the 2017 Missouri-Hurley Symposium at the National Press Club last week.

“It’s not unintentional,” Sullivan said when talking with seven other Washington journalists about the rising tension between the new administration and the media.

"It’s not just because this is a group of rookies,” she added.

Sullivan said the Trump administration has been strategically pursuing a fight with the media and “set up the press as the bad guy.”

Since the first day of Trump’s presidency, the administration’s battle against the press happens almost daily. It comes in many different shapes and forms, including calling out  “fake news” on Twitter, declining to take questions at the press conference and publicly denouncing the media as the opposition party.

The president himself does not shy away from calling it a  “war,” and most recently Trump described the media as “the enemy” of the American people.

Tom Rosenstiel, the executive director of the American Press Institute, said this “war” could be a trap for journalists.

He reminded his colleagues in the media to avoid being dragged into the pit by becoming too “emotional” and “hysterical” when the public needs them to be “professional” and “clinical.”

“If we lose our heads and draw our guns, we’re gonna escalate this situation,” Rosenstiel said.

He told an audience of more than 100 media professionals, researchers and students that “something is at stake that is larger and is beyond our control.”

“We’ve gotta stop whining,” said John Roberts, the chief White House correspondent for Fox News Channel. “People who support Trump don’t give a damn about what the White House Press Corps thinks,” Roberts said. “They really don’t. So we need to get past that, OK?”

Roberts encouraged his colleagues to have dogged determination when covering the new administration.

“Fight for access and just realize this is a different person than whom we’ve seen for decades in the White House, and we need to treat him that way,” Roberts said.

“It’s not whining to ask for an answer,” said April Ryan, a veteran White House correspondent with the American Urban Radio Networks. 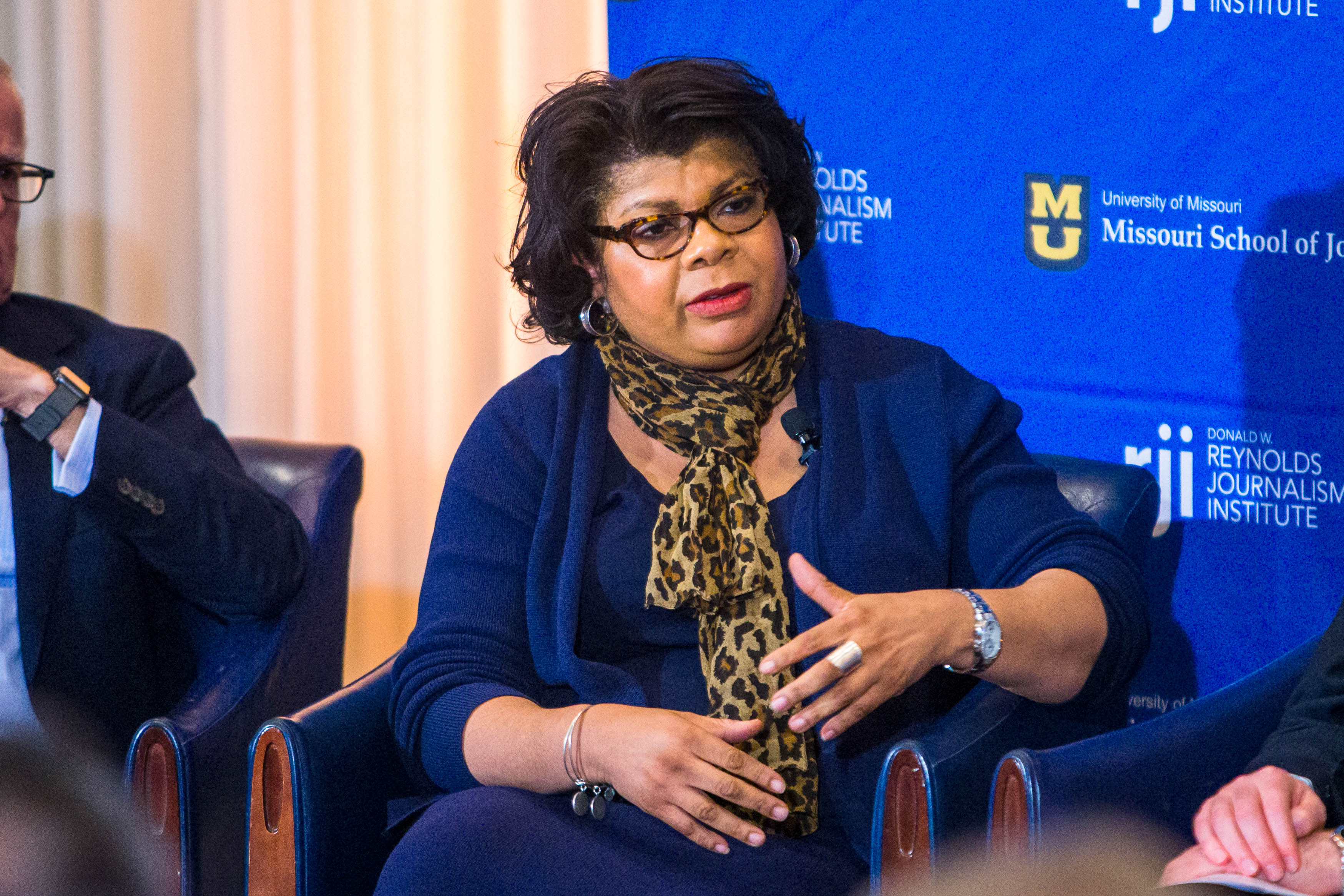 April Ryan speaks at the 2016 Missouri-Hurley Symposium about Trump’s war on the press.

She quoted Mike McCurry, the White House press secretary under President Bill Clinton, who described the relationship between the media and the administration as both “friendly” and “adversarial.”

Ryan said the press has to find its own way and the middle ground to continue to hold the White House accountable.

“We’re merely a vehicle on behalf of citizens,” Rosenstiel said. “If we lose sight of that, then it sounds like whining.”

Rosenstiel warned that citizens’ constitutional rights are at risk in the face of the administration’s fight against the American media.

“Everything that goes to the press is on behalf of citizens,” said Rosenstiel. “So the case needs to be made that this is about public transparency of information, not information available to the press.”

While journalists still have to adhere to fundamentals, he said, they also need to do the job differently.

Rosenstiel said the press is now less of a “gatekeeper” and more of an “annotator” of what the public has already heard. “The evidence and the facts are more important than the narratives they are writing,” he said.