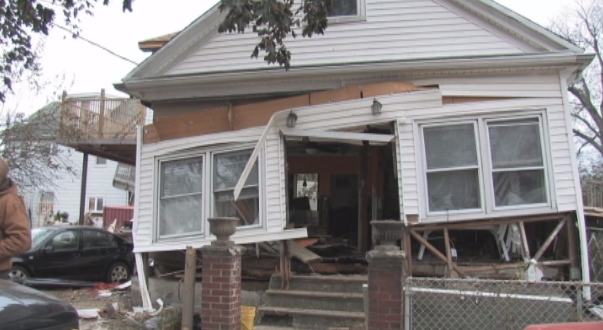 "Business of Disaster" looked at houses in New Jersey and New York that were damaged during Superstorm Sandy.

“Business of Disaster,” the PBS FRONTLINE program about ongoing housing problems more than three years after the devastation caused by Superstorm Sandy, was a finalist in the IRE awards this year in the large broadcast and video category and also in the large radio/audio category.

Congratulations to Rick Young, Emma Schwartz and Fritz Kramer — the FRONTLINE team based here at the Workshop and the School of Communication — and to Laura Sullivan of NPR, who was the correspondent on the program.

The one-hour program examined why thousands of residents of New Jersey and New York are still struggling years after the storm, and the promise that their houses would be rebuilt. The investigation included a deep dive into the nation’s disaster recovery system, revealing major problems with the flood insurance program and efforts to build more resilient communities.