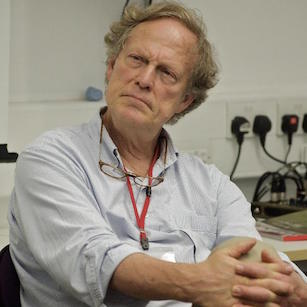 A leading and memorable figure in investigative journalism, Gavin MacFadyen, 76, died in London Saturday after a short illness. His wife, creative producer Susan Benn, the founder and president of the Performing Arts Lab there, survives him.

Gavin, according to his IMDb profile, was a senior director/producer, and he worked on over 50 investigative television programs, for PBS FRONTLINE, Granada Television’s "World in Action," the BBC’s programs "Fine Cut," "Panorama," "The Money Programme" and "24 Hours," and British Channel 4’s "Dispatches." He investigated and reported on such stories about child labor ...

Terrorism, corruption and the future of democracy — those are some of the topics that will be addressed at the Integrity20 conference in Brisbane, Australia, from Oct. 24-26. The conference aims to assemble “20 of the world’s most unique, courageous and provocative minds” to discuss some of the most important problems the world faces. One of the speakers will be Charles Lewis, the founding executive editor of the Investigative Reporting Workshop.

“I will talk about why the U.S. elections are so astonishingly different from elections in other major countries,” Lewis says. He ...

Top journalists came together in Washington recently to remember the life and impact of news anchor Walter Cronkite, a journalist once known as “the most trusted man in America.”

For decades, Cronkite defined broadcast journalism. He was the anchor who told America about the assassination of President John F. Kennedy, the death of President Lyndon Baines Johnson, the first walk on the moon. He was the reporter who brought the Watergate scandal to a national audience when other networks were too afraid ... 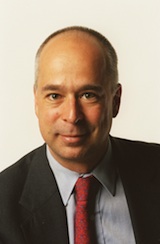 From bias and free speech to copyright and censorship, issues in media law dominated a daylong session at the National Press Club recently.

“Media Law for Journalists: A legal workshop and editorial roundtable” was designed to teach journalists and journalism students how to protect themselves from libel accusations, violations of privacy and reputational harm. The program was run by the Media Law Resource Center, which is hosting a similar session at Boston University Oct. 17.

The first question on the agenda: "How do journalists get into trouble for their content?" Tips from the experts follow ...