Every student at the University of Missouri School of Journalism has to take a course in media law. Our colorful professor, Sandra Davidson, was an expert match for a curriculum filled with sarcastic holdings, absurd lawsuits over adult magazines, tongue-in-cheek advertisements and even rap lyrics (which she performed with enthusiasm). I loved it so much the first time around that I came back as a graduate teaching assistant for two more semesters.

Understanding media law has changed the way I read and write articles, particularly long-form work. Investigative reporting requires the highest level of bullet-proofing against libel and defamation suits. Courts typically come down harder on long-form pieces because a longer deadline should, in theory, allow reporters to do more extensive fact-checking.

That precedent was put into action recently when a Wake County, N.C., court ordered the Raleigh News and Observer and one of its reporters to pay a government ballistics analyst $9 million in total damages for libel and defamatory statements made in a four-part series on the state's bureau of investigation. The plaintiff in the case, Beth Desmond, brought the newspaper to court, claiming in part that quotes used in the series about her work were false and taken out of context. Experts that the News and Observer cited as questioning Desmond's work also testified that they thought they were misquoted. Because the investigative series was afforded more time for reporting, the reporters should have ensured that the quotes were accurate.

Fact-checking in long-form investigations can be daunting for reporters and editors because of the sheer mass of information used to put a large investigative piece together. Often, reporters and editors are so familiar with elements of the story that they can't see them with fresh-eyes when fact-checking. Crossing that hurdle requires a lot of organization and a lot of time.  One publication that excels in the area is The Los Angeles Times. 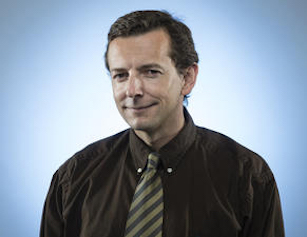 Last September, The LA Times began running “Framed,” a six-part narrative journalism mystery by Christopher Goffard about a school volunteer who was framed by a couple after she had accidentally left their son at the playground outside after a tennis class. This is a story that made the legal half of my reporting brain give a standing ovation. Reporting on a crime is tricky. It’s a bit easier if the crime ends in a clear-cut conviction; then you can back up your story by pointing to the court ruling.

In the case of “Framed,” both suspects' convictions  were not so clear-cut, though both served time for their convictions.

“Naturally we went over every fact carefully, and I had a wealth of legal documents to rely on — transcripts, police reports, court briefs, etc.,” Goffard said of the process.

Parts four through six follow a couple accused of framing an Irvine, California, Parent Teacher Association volunteer and the consequences they faced afterward in criminal and civil courts. The story, written in narrative style, details the strategies behind each suspect’s defense in dramatic fashion. It’s clear that the reporter spoke to the attorneys who argued the cases. But throughout the account of the couple’s legal discourse, the story keeps hinting that one of them is guiltier than they appear and even guiltier than the charges implied. In crime reporting, this is shaky territory because you can’t allege criminal guilt without hard evidence. Ideally, that would mean a conviction or a confession.

In a twist near the end of part six it becomes clear the source for that perspective came from the man in question himself, going so far as to call his own criminal defense “a pack of lies and distortions.”  L’intrigue!

Anyway, it’s a great story. If you have an hour or two, I highly recommend it.

Another bulletproof story, which I am, admittedly, a little late to the party on, comes from The Guardian. Last September The Guardian ran a story and leaked documents from Wisconsin Supreme Court proceedings on a secret, judge-approved "John-Doe investigation" into suspected finance violations by Wisconsin Gov. Scott Walker’s campaign. In a move that called into question the Wisconsin Supreme Court's impartiality, the justices ordered prosecutors to terminate their investigation before they could bring the the mass of sealed legal filings and email exchanges to trial.

The justices, one of whom was linked to Walker's campaign and refused to recuse himself from the vote, told the prosecutors they "misread" the state’s campaign finance law and ordered them to permanently destroy the 1,500 documents related to the investigation. They then demanded that the documents be kept under seal in the same court.  The documents are now available on The Guardian’s document cloud.

Leaked documents enter an interesting area of media law called the “clean hands” doctrine. Basically, when a reporter receives information in a “leak,” that is — information that could have been obtained illegally, a reporter’s job is still to report the news, and the courts recognize that. In deciding whether to use leaked information, a reporter only has to answer two questions:

The first question is important because it defines the reporter’s role. A reporter can’t solicit leaked information or ask a source to do something illegal to obtain information. That is a crime. But if a source volunteers information to a reporter and the reporter’s hands are clean, at that point he or she has a job to do. See question two. If the information is of the public interest — if it's newsworthy — the reporter has a duty to publish it.

So if you apply this standard to The Guardian’s story, Scott Walker’s campaign would waste a lot of time and money if it tried to sue. Wisconsin doesn’t have a shield law, so the Walker campaign could technically go after the leaker.  First, though, it would need to be able to convince a judge to compel Ed Pilkington, the reporter, to reveal his source. But that’s assuming Pilkington knew who the source was in the first place. When documents or hard data tell the story, credibility doesn’t necessarily hinge on the identity of the source.

In more current events, The Washington Post's David Fahrenthold obtained a now-viral video in which Republican presidential nominee Donald Trump brags about kissing and groping women in 2005. Following the video's leak and publication, two women who said Trump had sexually assaulted them sought out The New York Times to tell their stories. Trump responded to the story — and by extension, the women who came forward — by demanding that the Times retract the story and issue an apology. He said the stories were not true. The Times stood by its article, saying it fell “clearly into the realm of public service journalism,” Times spokesperson Eileen Murphy said.

In the world of media law, “defamation” is a two-part category, the first offense being libel and the second being slander. Libel is defamation that is published and slander is defamation that is generally spoken, gestured, or otherwise overheard by a third party. Trump’s allegations that the stories were false don’t make a viable lawsuit for several reasons.

First, Trump is a public figure. In The New York Times vs. Sullivan in 1964, the Supreme Court established that for a public figure to bring a libel suit, the public figure would have to prove “actual malice,” a legal term that means the reporter knew the story or statements in it were false or published it with reckless disregard for the truth. That’s not an easy case to make. Trump's legal counsel would have to prove that The Times’ reporters Megan Twohey and Michael Barbaro wrote the story with actual malice. This would require Trump's attorneys to dig up emails, text messages and the reporters' notes. If they could drag all that into court, there's still no guarantee the court would find anything that could establish libel. It's a blind bet.

For a figure like Trump, there’s no getting around the actual malice standard in the first place. The 1974 Supreme Court case Gertz v. Robert Welch Inc. establishes the standard for defining who is a public figure — the individual possesses pervasive fame or notoriety or voluntarily injects him or herself into a public controversy.

By this standard, any politician qualifies as a public figure. And Trump, a real-estate developer and former reality TV star who injected himself into numerous controversies, (“birtherism,” et. al), was a public figure even before his run for the presidency.

The next mountain for Trump to climb on the way to a defamation lawsuit would be proving damages, specifically, monetary loss. Trump would have to prove that he lost money as a direct result of The Times’ article. The only way around that would be an area of law called libel per se. If the alleged libel suggests Trump committed a major crime, had a loathsome disease, was bad in his profession or had committed serious sexual misconduct (though this category was initially directed at allegations that women were “unchaste”), the plaintiff — in this case, Trump — could have a case against a publication.

I say could, because as Times legal counsel David E. McCraw put it, “the essence of a libel claim, of course, is the protection of one’s reputation.” McCraw went on in his letter to Trump’s legal counsel to make a case for why allegations of defamation related to criminal or sexual misconduct could not further damage Trump’s reputation. For one, the nation heard him brag about it on a bus only a week earlier.

"Nothing in our article has had the slightest effect on the reputation that Mr. Trump, through his own words and actions, has already created for himself," McCraw wrote.

The Times published its lawyer’s letter because if nothing else, it was a pretty epic legal smackdown, and those interactions are important for both the rest of the press and the public to see. Historically, the Supreme Court sides with the press on most matters of the First Amendment, as long as the benefit (an informed public) outweighs the harm. There are some limitations and even justifications for the use of prior restraint to prevent things like sedition, damage to national security, negligence and willy-nilly publication of false information.

But largely, the law sides with the First Amendment — “Congress shall make no law…” Witnessing the law stand behind the press as a component of democracy empowers journalists to confidently publish facts and readers to weigh the truth in the marketplace of ideas.