I finished reading "Ghettoside" by Jill Leovy, a reporter at The Los Angeles Times who embedded for more than a year with the Los Angeles Police Department in South Los Angeles, a world unto its own.

I knew of the book — a New York Times bestseller, named one of the 10 best books of the year by USA TODAY, the San Francisco Chronicle and Chicago Tribune — and had read several reviews.

But hearing Leovy speak about how to cover police — as part of a panel during the Logan Symposium at the University of California, Berkeley — intrigued me even more, a reminder of the great journalism being produced by dedicated reporters immersing themselves in the lives of others.

The book is packed with people and cases, which at times can be almost overwhelming to the reader, but no doubt replicates the crushing demand on police departments. Leovy's centerpiece is the story of one particularly dedicated detective who investigates the senseless shooting of another detective's son. That he was a product of the neighborhood his dad tried daily to make a safer place renders the killing all the more heartbreaking. 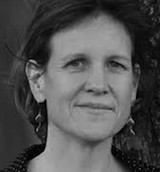 Leovy pinpoints in her book and speaks about how class divisions permeate our policing methods, help shape our public policy and impact office politics in the police department. The LAPD is less than 30 percent white and majority Latino now, she says, and they are not only racially and ethnically diverse, “but also by class, and by education level and by attitudes. You have people with master’s degrees in public affairs, riding along in the same police cars with high-school dropouts who got GREs. You have people who are from rural areas of the country and went into the military riding in the same police car with partners who grew up in the heart of  inner-city LA ... and they often don’t get along that well. There’s nothing more uncomfortable in the world … than going out with a couple officers who are not in sync," she added.

Leovy's in-depth interviews and observations allow her to write with empathy and in detail about the people of the neighborhood and the many dedicated officers who work in Los Angeles. It is a dispassionate work packed with facts and figures about the alarming number of unsolved murders — in which many witnesses are terrified to come forward.

And, at the same time, it is a passionate revelation of how complicated many murder cases are — particularly when they occur in neighborhoods where people think no one outside of their area will care, no police department can possibly stop them, no city or state government will provide the resources they so desperately need to try to live "normal" lives. In telling the story of one detective in particular, John Skaggs, the author writes: "If every murder and every serious assault against a black man on the streets were investigated with Skaggs's ceaseless vigor and determination — investigated as if one's own child were the victim, or as if we, as a society, could not bear to lose these people — conditions would have been different."

The Logan Symposium, which celebrated its 10th year of annual conferences, makes videos available of all the panels from each session. The one on covering cops was particularly memorable, but equally intriguing was the annual "how the sausage is made" session, in which some of the nation's top reporters talked about how they got the story. This year's included reporter Doug Pardue from the Charleston Post and Courier, who talked about their Pulitzer Prize-winning series "Till Death Do Us Part," which the news organization tackled after finding that the state of South Carolina was No. 1 state in the nation when it came to the rate of women killed by men.

"The biggest lesson we learned from this story is the same thing I’ve learned a lot in investigative reporting," Pardue said at the symposium. "Some of the most promising investigative stories are so obvious that we don’t do them. And our newspaper was probably as negligent as the legislature. We could have done this story anytime for almost 15, 16 years, because South Carolina during that time never left the Top 10 in the rate of women killed by men. And we have been No. 1 four times."

He then chronicled what advocates for reform were up against — a legislature that defeated bill after bill to make it difficult if not impossible for people with domestic-violence convictions to buy guns. The series documented in stories and videos the shame of being abused and the fear of leaving the abuser.

Pardue said, "After that series ran, something miraculous happened in South Carolina. The laws that govern our domestic-violence cases have been completely revamped. Our state, which is at the totally buckle of the Bible belt, and totally protective of gun rights, passed laws that took guns away from people who are convicted of domestic violence. So I can point out that I’m very pleased and very proud that our series may have, hopefully, helped keep someone from dying."