Why you should attend NICAR next year

What they discovered at the conference run by NICAR, the National Institute for Computer-Assisted Reporting, and IRE, Investigative Reporters & Editors:

The CAR 2016 conference in Denver was extraordinary for me, on a few levels.

Sentimentally, I thought back to the very first computer-assisted reporting conference in the United States, held in Indianapolis by Indiana University School of Journalism professor Jim Brown.

Having attended that, and now in a new century and millennium attending 26 years later the largest computer-assisted reporting conference ever held in the U.S., with 1,200 participants — many of them what some might call pure computer-science geeks with little or no actual street reporting experience discussing in detail extraordinary, previously unimaginable things such as algorithms, automation, artificial intelligence and much more complex arcana — gave a crusty veteran like me a strange, otherworldly, almost sci-fi movie sensation. Journalism has truly entered an exciting new dimension. 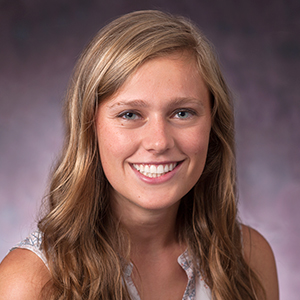 I'm just beginning to dive into computer-assisted reporting. I've felt the satisfaction of uncovering great nuggets from a pivot table and rejoiced when my SQL query actually gave me what I intended to generate. But I was a bit nervous about feeling lost in a conference filled with the top data journalists and tech experts in the field.

What I found? NICAR is for everyone, at any level. While you did have advanced classes for languages I'd never heard of, there were wonderful panels and introductory classes that helped you master the basics and really get a feel for the types of tools out there. It helped me start to get a grasp on the universe and possibilities.

And those Pulitzer Prize-winners and experts that I was so intimidated to mingle with? They were some of the most supportive, accessible people I've ever met. I was inspired not only by their presentations but their willingness and excitement to have the nerdiest conversation with me about what I'd just learned.

I left Denver feeling pumped and passionate about data, excited to teach myself all that I was introduced. (I may or may not have downloaded all the practice data and spreadsheets on my Google Drive.)

For those of you who are beginners like me, here were my favorite classes with accompanying resources to peruse:

Panel: Humanizing Numbers: Finding the people behind the numbers 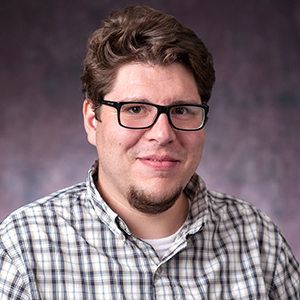 As a graduate student at the Missouri School of Journalism, I worked in IRE’s resource center for 18 months. During this time, one of my responsibilities included uploading audio files, slideshows and tipsheets from annual conferences to IRE’s website.

In the summer of 2014, I attended my first IRE conference in San Francisco. It was an incredible experience, to say the least. I attended sessions that included some of my favorite investigative reporters. Previously, I had only seen these people on television or read their stories in the newspaper. But at the end of each conference day, I found myself hanging out with them, mainly at the hotel bar, but hanging out nonetheless.

I even met Pentagon Papers whistleblower Daniel Ellsberg (not at the bar), a surreal experience for a graduate student interested in freedom of information and government transparency — or the lack thereof.

I tell you these things for a few interrelated reasons. First, for the sake of my own transparency, to make you aware of my own biases and personal experiences. IRE, and its more data-centric companion program, NICAR (National Institute for Computer-Assisted Reporting), have had an incalculable impact on my growth as a journalist. You have to experience IRE, you have to experience NICAR, to begin to understand the multitude of ways in which these organizations can help you grow and develop. I firmly believe that IRE and NICAR should be essential components of every J-school student’s education — and of every working journalist’s continuing education. The importance of these organizations should not be underestimated, especially to young professionals trying to land their first jobs or get their foot in the door at some desired media outlet.

I spoke recently with editors from two major U.S. news organizations. Unprompted, both of these editors revealed that one of the first questions they ask potential interns and new hires is this: “Have you ever heard of IRE?”

Second, members of IRE and NICAR transcend professional boundaries. Attending the conferences year after year, you begin to know the other attendees, the journalists from television, the journalists whose stories you read diligently in the newspaper. Perhaps more important, if you make the effort, they will begin to know you as well. Over time, you become not just people who happen to work in the same profession, you become peers, maybe even colleagues, or dare I say, friends. These conferences provide invaluable information for working journalists and student journalists, but they also provide an arena to network, to put your hat, face and name in the proverbial ring.

Finally, becoming a member of IRE is relatively inexpensive. Students only pay $25 for an annual membership. Everyone else generally pays $70. But the benefits are enormous, if utilized properly.

One of my favorite perks is the aforementioned tipsheet. When presenting at annual conferences, speakers are asked to provide tipsheets or slideshows of their sessions. The IRE resource center contains thousands of these tipsheets, most of which are available online to members. These tipsheets contain, well, tips — advice, tutorials, step-by-step guides and everything in between. Here is one of my favorites from the 2016 NICAR conference in Denver. Freelance journalist Samantha Sunne and Guardian Data Projects Editor Helena Bengtsson put together a session that highlighted Free Tools for Journalists. The tipsheet not only provides an extensive list of free tools, but also pros and cons as well as links.

Each year, IRE and NICAR seem to break their own attendance records from the previous year. I hope this trend continues exponentially, and I hope to see everyone around, year after year after year. 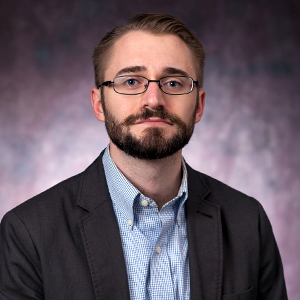 I attended my first NICAR conference in 2011 in Raleigh — almost four years before starting my master’s degree at the University of Missouri. My familiarity with the Mizzou program and IRE from those conferences helped lead me to the school for the graduate program, where I worked for several semesters as a grad assistant at the NICAR Database Library.

One thing that’s impressive from attending NICAR the last two years beyond even the growth in attendance is how much more diverse the crowd appears. Female journalists especially play a big role at the conference now.

The conference can be equally valuable whether you choose to concentrate on going to panel discussions or building your data skills through hands-on classes. Two of the best panels I attended in Denver were focused on investigating inequality and tracking money in local and state elections.

The most important part of the conference for me, however, is the chance to interact and network with other journalists of all skill levels in data journalism. Attending NICAR and the separate IRE conference over the last five years has helped me meet other reporters who have been resources and mentors in pursuing data reporting projects. I meet students at the conference each year who are getting their start attending NICAR even earlier than I did. But I think going to the conference is important because of the opportunity to build these connections no matter your experience level in the industry.