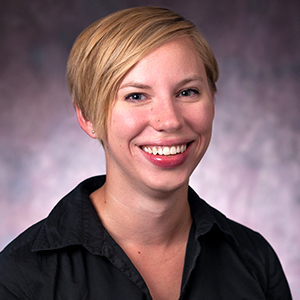 Participating in The Washington Post Investigative Practicum was one of the many opportunities that led me to attend the American University graduate program in journalism. The experience has been more than I expected, as the faculty and Post staff worked to develop a position unique to my interest in religion.

As a religion reporting intern for Acts of Faith, I have been able to talk to Morgan Freeman about God and contribute to the coverage of Pope Francis’ changes to Catholic rituals. This experience has let me work alongside religion reporters I’ve followed ...

Why you should attend NICAR next year

What they discovered at the conference run by NICAR, the National Institute for Computer-Assisted Reporting, and IRE, Investigative Reporters & Editors:

The CAR 2016 conference in Denver was extraordinary for me, on a few levels.

Sentimentally, I thought back to the very first computer-assisted reporting conference in the United States, held in Indianapolis by Indiana University School of Journalism professor Jim Brown.

Having attended that, and now ...

This is Hollywood’s golden age for investigative journalism. On the heels of “Spotlight’s” Oscar triumphs, “Shock and Awe,” a similarly themed movie to be directed by Rob Reiner, is scheduled to go into production later this year.

The film, written by Joey Hartstone, who is also the screenwriter for Reiner’s upcoming film “LBJ,” tells the tale of the Knight Ridder team that got the story of Saddam’s non-existent weapons of mass destruction right in the run-up to the 2003 U.S. invasion of Iraq, when ...

We’ve updated the BankTracker database to include the fourth quarter, Dec. 31, 2015, releases from the Federal Deposit Insurance Corp. and the National Credit Union Administration.

The fourth-quarter reports were analyzed by the Workshop’s former Senior Editor Wendell Cochran.

You can search by bank or by credit union to see assets, loans, deposits, reserves, profits and real-estate holdings, among other things. BankTracker still is the only publicly available site that provides this data.