Diversity in focus at ONA 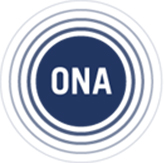 Although I have been to journalism conferences before, the Online News Association (ONA) was unique. I admit I knew very little about ONA before applying and being accepted as a fellow from one of the country's Historically Black Colleges and Universities (HBCU). Glynn Hill, an amazing reporter from my school, Howard University, was a fellowship recipient the year before, so I knew it would be a great opportunity. Plus it was in Los Angeles, and I had never been anywhere west of my native Texas.

One of the more positive aspects of working in the student newsroom at ONA was networking. Our adviser, Michael Grant of The San Francisco Chronicle, met with us multiple times throughout the conference, and invited reporters, writers and other media professionals to speak with us every day about our careers. That was enough in itself but does not cover a tenth of all the networking and other opportunities provided by ONA.

Now the sessions were something to talk about. They were the main learning point for anyone, professionals to students, who attended ONA. That was a lot of people. More than 2,000 registered, and 900 said they were first-time attendeees.

The best part about the sessions was that if you could not make them all (who could?) some of them were live-streamed.

As soon as we arrived, the HBCU fellows attended a session moderated by Eric Neel, a deputy editor at ESPN, with a panel featuring four ESPN reporters. We learned about different techniques to report stories and what ESPN was doing to increase diversity in reporting. After the panel I got a chance to talk to one of the panelists, Wright Thompson, a senior writer for ESPN.com/ESPN The Magazine.

The conference also featured a session called “Diversity Workshop 2.0 ” the next day. Typically the panelists are critical of the practices of hiring managers and highlight minority reporters who have done awesome jobs.

This panel did not do that.

In four short days, the other HBCU fellows and I became best friends. We started a group chat — which we still use — and did everything from watching TV to attending sessions together. We brainstormed story ideas together and with our adviser; we each wrote for the site as well.

Benet Wilson, who deemed herself Aunt Benet, was our guardian angel. She arranged for a breakfast at which we had special guests talk to us about our career paths. She also took me to a graduate reception for American University at another hotel.

The last major event was the exquisite reception, the “dress up” event of the night. The food was great at this highlight during which the annual awards were announced. While it was the last night and everyone wanted to enjoy their time, I hurried back to my room to get back to my editor-in-chief duties for Howard University’s student newspaper, The Hilltop.

I was up until 2 a.m. editing articles. Later, while waiting for my flight, I felt overwhelmed and exhausted. I learned the true value of networking at this conference and being prepared. At any moment I could be talking to a manager or executive. And I discovered new techniques and methods to publish a story, such as constructing it in sections separated by subheads. The experience broadened my view of the media world, to say at the least.

Still, as tired as I was, I had fun and learned so much. Now I have journalism colleagues from across the country and new skills to take back to my staff.