Forty years of whistleblowing: from anti-war activists to Snowden

The first Investigative Film Festival in Washington highlighted a showing of "1971," a movie about the break-in more than 40 years ago of an FBI office in Pennsylvania, which led to leaks that exposed the agency's surveillance of ordinary citizens. That burglary echoed the recent release by Edward Snowden of the NSA's secret surveillance of U.S. citizens.

On March 8, 1971, eight anti-war activists burglarized an FBI office in Media, Pennsylvania. Documents stolen from the office exposed a secret counterintelligence program — COINTELPRO — which, among other things, gave federal agents the authority to conduct domestic surveillance on U.S. citizens, eerily similar to what Edward Snowden would reveal more than 40 years later. But unlike Snowden, the eight anti-war activists were never caught, and their identities remained a mystery for decades.

They called themselves the Citizens Commission to Investigate the FBI. Many of them had protested against the Vietnam War in Philadelphia by taking part in the draft-resistance movement. During this time, approximately 350 draft boards were raided. Paper draft files — often times the only copies that existed — were taken and destroyed. Members of the Citizens Commission to Investigate the FBI used these experiences to plan and carry out the Pennsylvania burglary.

Bonnie Raines, a mother of three at the time, cased the office by posing as a Swarthmore College student interested in job opportunities at the FBI. She noted the lack of internal security inside the building and also discovered an additional point of entry, a back door obscured by a large filing cabinet. Another member, Keith Forsyth, had trained as a locksmith during the draft-resistance movement, an invaluable skill that would prove crucial on the night of the burglary.

The group scouted the area. They discovered where the building superintendent lived and observed how residents in nearby apartments dressed. They wanted to blend in, be as inconspicuous as possible. Even the date of March 8 was chosen carefully. It offered a convenient distraction: the heavyweight championship fight between Muhammad Ali and Joe Frazier. Federal agents, local police officers and the building superintendent would surely be preoccupied with the bout.

On the night of the burglary, Forsyth broke into the building through the back door that Raines had discovered weeks earlier. Several activists, dressed in suites and carrying briefcases, entered the FBI office. They stole every document and fled to a safe house. They made a pact to never mention the burglary to anyone and to never see each other again. 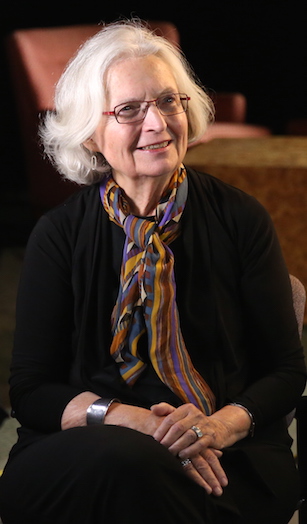 Her stories in The Washington Post revealed what the anti-war protesters found in the FBI offices in Pennsylvania.

Two weeks later, Betty Medsger, a young religion writer at The Washington Post, received a mysterious package in the mail.

“It was a brown, manila envelope with the return address of Liberty Publications, Media, Pennsylvania,” Medsger recently said during the Whistleblowers Then and Now panel at the inaugural Double Exposure Investigative Film Festival & Symposium in Washington, D.C., which showcased investigative films and discussion panels from Sept. 30–Oct. 2.

“I opened it and there was a cover letter from the Citizens Commission to Investigate the FBI.”

The envelope contained documents from the burglarized FBI office. They revealed elements of COINTELPRO, a now-infamous secret program initiated by J. Edgar Hoover that used questionable and sometimes illegal tactics to disrupt groups targeted by the FBI, including anti-war and civil rights protesters. The cover letter asked Medsger to write stories about the stolen documents and the nefarious activities being carried out by the FBI.

After confirming the authenticity of the files, Medsger wrote a story that appeared on the front page the following morning, despite pressure from then-Attorney General John N. Mitchell and an initial reluctance from Washington Post publisher Katharine Graham, who was eventually convinced to print the story by legendary Post Executive Editor Ben Bradlee.

The documents stolen by the Citizens Commission to Investigate the FBI and the subsequent stories written by Medsger helped to expose COINTELPRO, which was shut down that same year.

In 1989, Medsger discovered the identities of several of the burglars, which she revealed in her 2014 book, “The Burglary: The Discovery of J. Edgar Hoover's Secret FBI.”

At the Whistleblowers Then and Now panel, Medsger was joined by three members from the Citizens Commission to Investigate the FBI: Bonnie and John Raines and Keith Forsyth, as well as by their former lawyer, longtime civil rights attorney David Kairys, and filmmaker Johanna Hamilton, whose documentary about the burglary, “1971,” was featured at the film festival. The discussion was moderated by Investigative Reporting Workshop Executive Editor Chuck Lewis. The panel included special guest Edward Snowden, who appeared from Russia via Skype. Snowden, who revealed classified documents that exposed how the federal government used various National Security Agency programs to spy on U.S. citizens, shared his admiration for what the burglars had achieved more than four decades earlier. 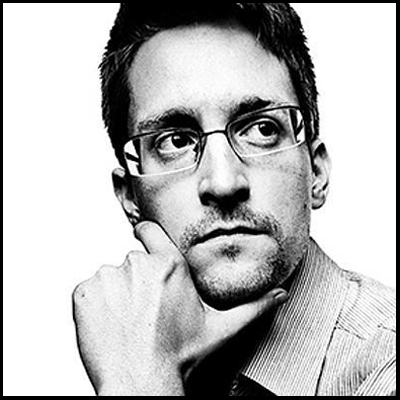 Edward Snowden spoke to the conference via Skype; he still faces charges if and when he returns to the United States.

“I was just another step in this great unbroken chain of individuals who saw something that was so wrong, they couldn’t just sit by and watch anymore. They felt they had to do something about it,” Snowden said.

“It’s been an inspiration, not just for the general public, but for me personally,” he said.

John Raines, who was a Freedom Rider in the 1960s and took part in the draft-resistance movement during the Vietnam War with his wife, Bonnie, returned Snowden’s adulation.

“Ed, first of all, I speak for millions of Americans when I tell you how grateful we are for your courageous and highly patriotic act. You are facing, in more recent years, the same thing we were facing back in the 1970s. Namely, a cult of secrecy at the very top of government,” Raines said.

The statute of limitations has expired for the Media, Pennsylvania, burglary. The same is not true for the NSA revelations. Snowden faces decades in federal prison if he returns to the United States. Lewis touched on this reality.

“I have one question for you, Ed Snowden: What is your own future?”

“I can’t say what the future looks like,” Snowden replied. “I’ve . . . volunteered for prison,” he said.

“But I’ve told them the one thing I will not do, is I will not serve as a deterrent for people who are trying to do the right thing.”

Similarly, members of the Citizens Commission to Investigate the FBI faced lengthy prison sentences for their actions, but the need to do the right thing outweighed the risks involved.

“Bonnie and I were parents, three kids under 10,” John Raines said.

“We didn't want to do what we did; we didn't want to put our family into that kind of jeopardy, but the truth was, back then, nobody in Washington would hold J. Edgar Hoover and his FBI accountable.”