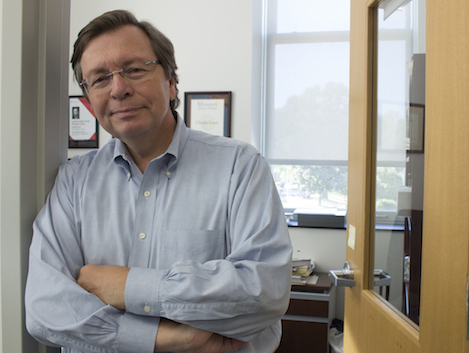 Executive Editor Chuck Lewis will research accountability studies while on a fellowship at the Reuters Institute at Oxford.

This fall, I will be a Visiting Fellow at Oxford University's Reuters Institute for the Study of Journalism, researching the possibility of a new multidisciplinary academic field I call "Accountability Studies" (which I first discussed publicly in "935 Lies," my most recent book), and more broadly, the "efficacy and potential of increased journalistic and academic data, research and reporting collaboration, in the context of credible, accountability information." I am now in discussions with the folks at Oxford to write a short book about these issues, ideally to be jointly published by the Investigative Reporting Workshop and the Reuters Institute in 2016 at the earliest.

A professor at American University, I am on sabbatical from teaching. But as founding executive editor of the Workshop, I will continue to be in constant communication with the IRW editors and researchers.

Between Oct. 7-11, I will be attending and speaking at the Global Investigative Journalism Conference in Lillehammer, Norway, which will be attended by more than 1,000 journalists from more than 120 countries, including my colleague, David Donald, the Workshop's data editor, and our former colleague and scholar-in-residence, Gunhild Ring Olsen.

I will be presenting an academic paper there, entitled, "Accountability Information, Across Borders," speaking on and moderating two panels entitled, "Sustaining High Quality Journalism" and "Studies of Cross-Border Investigations" on Oct. 8 and 9, respectively. And I hope to informally interview many veteran investigative journalists from throughout the world as part of my Oxford research.

As the founder of the Center for Public Integrity (1989) and its pioneering International Consortium of Investigative Journalists (1997), the world's first global network of now more than 190 investigative journalists in more than 65 countries, I will see many, many old friends there.

The first international conference I attended was in 1992 in Moscow, and it was exciting and dramatic, just months after a coup d'etat attempt against President Boris Yeltsin. And since 2001, I have attended and spoken at seven of the eight previous Global Investigative Journalism Conferences, which began in Copenhagen in 2001.