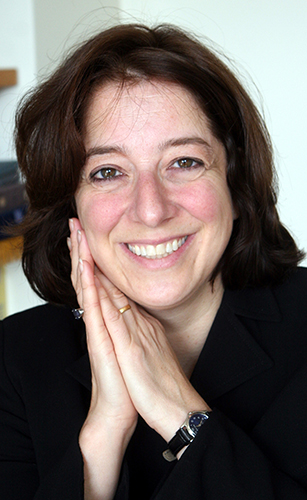 The survey, published in February 2015, said declining pay, costly health insurance and contracts that neither allowed them to resell their works nor offered protection against libel suits were the major factors limiting their ability to pursue in-depth stories.

With the advertising-based business model that has sustained enterprise reporting for decades facing increasing challenges, and freelancers unable to fill the holes opened by the retreat of legacy media outlets, news organizations worldwide are looking at the nonprofit model to sustain investigative journalism.

This model has thrived in the U.S. for the past two decades. In 2012, the Investigative Reporting Workshop's iLab profiled 75 nonprofit journalistic organizations with $135 million in total funding and 1,300 full-time employees. A new analysis the Workshop is currently carrying out has found that the nonprofit model has taken root worldwide.

Nonprofit news organizations are at the forefront of what Anya Schiffrin, the director of the International Media, Advocacy and Communications specialization at Columbia University’s School of International Affairs, defined as “a blossoming of investigative journalism across the globe.” Schiffrin, who worked as a journalist in Europe and Asia for 10 years, is also the editor of “Global Muckraking – 100 Years of Investigative Journalism From Around the World,” a collection of great enterprise stories from all over the world.

“So many of the newspapers and magazines that published great investigations didn’t survive,” she said in a phone interview. “Sometimes small places were founded by people who wanted to do campaigns about one specific cause.” That’s how one of the 20th century’s first international human rights campaign was launched.

It was the dawn of the 20th century when Edmund Dene Morel left his job as a supervisor for a shipping company in Antwerp, Belgium’s major port. He supervised the shipments sailing back and forth between Belgium and the Congo Free State, then a huge colony ruled by Belgium’s King Leopold II. Morel noted that the ships coming from the colony unloaded valuable ivory and rubber, while those sailing back to Africa carried almost exclusively soldiers and military supplies. Morel followed the trail and exposed the forced labor system in Congo and its consequences. He left his job, founded a newspaper, The West African Mail, and started writing dozens of pamphlets and a few books on the issue. (For the definitive account of Morel and the horrific crimes committed in the Congo, see King Leopold’s Ghost by Adam Hochschild [Houghton Mifflin, 1998]).

In Morel’s experience, journalism and activism were inextricably intertwined. The relation between these two forces poses an important ethical issue for the nonprofit centers mushrooming around the world.

“The line between journalism and activists is fluid for many people; it is culturally determined,” said Schiffrin. “In many countries, journalists have different views than we do in the United States of what is the role of journalism. They are much more comfortable with an advocacy role. In many African countries I have been to, for example, journalists writing about oil or mining feel that the foreign companies can’t be trusted and they are going to cheat their government. They want journalism to help their country develop and help their government get better deal.”

Morel’s West African Mail, despite running advertising from companies that did business in Congo, exposed the forced labor system in the African colony and the tortures inflicted on its people.

The reliance on a small number of donors poses an ethical issue for modern nonprofit news outlets: From whom should these organizations accept money? One of the most controversial points is whether or not they should take money from governments and corporations.

“The idea of coming up with new business models is kind of a fantasy,” said Schiffrin. “All the changes in technology have been really bad for advertising. The Internet’s squeezed advertising, mobile’s squeezing advertising. For nonprofit news organizations, funding from philanthropists, foundations, governments and corporations is inevitable,” she added. “The real question is not whether or not they should get money from these subjects, but what kind of relations they have with donors. Transparency and disclosure are key factors in this case." The Investigative News Network’s guidelines – based on donor transparency and non partisan journalism – should be a reference for these organizations, she said. 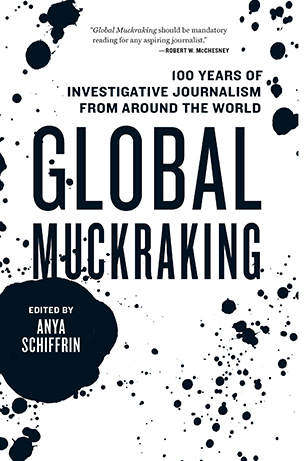 The book features more than 45 stories dating back to the 1800s.

King Leopold reacted to Morel's campaign with vast public relations efforts: He hired lobbyists, invited journalists to his palace and even funded a magazine to tell his version of the story. In 2010, when the news of the Gulf oil spill spread worldwide, BP and other companies deployed platoons of PR professionals to deal with journalists and public opinion. It should come as no surprise that, as ProPublica wrote, at many hearings on the disaster there were two or three PR people for each journalist, since in the U.S. the PR professionals outnumber journalists four to one.

Despite King Leopold’s efforts, Morel kept exposing the deadly consequence of forced labor in Congo. The global outrage his articles, books and pamphlets caused pushed some reforms in Congo. After more than a century, the problems investigative journalists face every day are similar to Morel’s. Despite these problems, Schiffrin seems to be optimistic.

“While so much of the business side of journalism remains in flux, fine reporters with an investigative urge are finding ways to shine much needed light into the parts of our global lives that the powerful would rather keep in the shadows,” she wrote. “These may be tough times, lean times, difficult times, but don’t be fooled: they’re also boom times. There can be no question that, if you’re a reader with access to the Internet, you’re living in a new golden age of investigative journalism.”