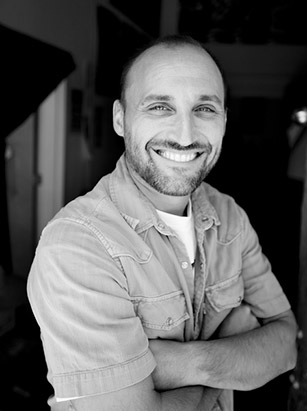 The AFI Docs Film Festival last month in Washington featured 84 films chosen from among 2,000 submissions. Films were shown at four different locations: the National Portrait Gallery, the Goethe-Institut, the Naval Heritage Center in the District, and the AFI Silver Theatre and Cultural Center in Silver Spring, Md.

“Almost every film was represented by the filmmaker, producer or subject,” AFI Programmer Sarah Bilodeau said. “The 12th edition of AFI DOCS continued the promise of bringing together filmmakers, audiences and policymakers to discuss today's most important issues.”

The festival provided a range of films that offered more questions than answers. In “Happy Valley," director Amir Bar-Lev outlines the Penn State sex-abuse scandal. He features a multitude of perspectives, including a lawyer for some of former assistant coach Jerry Sandusky’s victims; a student at the university; community members; the family of legendary head football coach Joe Paterno, who has since died; and one of Sandusky’s sons, Matt.

But instead of focusing on Sandusky, Bar-Lev uses his case to frame a discussion of something larger.

Although Paterno was not directly involved in the sexual abuse, did he know that it was happening? Why didn’t he or other university authorities contact police when complaints were filed in both 1998 and 2001? Why wasn’t Sandusky fired or reprimanded at either of those times?

As the final credits scrolled on screen, the audience was left with mixed feelings. With all of the facts and presumably both sides of the story being shown, the question remained: Was Paterno guilty? Was Paterno, previously the all-time winningest college football coach, who was later discredited and fired, responsible for the ongoing sexual assaults that took place in his locker room?

The jury is out. Bar-Lev told the audience in a Q&A session that part of the film’s purpose was to show how the school’s “culture of distraction” and “focus on spectacle” of football not only interfered with the safety of Sandusky’s victims but kept the community in denial. Documentary films, he said, “can be opportunities to hold a mirror up.” The film has not yet been screened at Penn State, but Bar-Lev hopes to show the film on campus in the fall.

In a similar fashion, Kitty Green’s “Ukraine is Not a Brothel” shined a light on Femen, a Ukrainian “sextremist” group, and the controversy that surrounds the group’s practices. Although their protests have been widely recognized for their highly sexual nature, the members of Femen advocate for women’s rights within their patriarchal society. Namely, the organization wants to rid the world of “patriarchy as the historically first, and last, existing form of slavery” by directly confronting and combatting patriarchal figures and systems around the world.

The film follows Femen as they protest the treatment of women within their country as well as around the world. As the audience sees the daily lives and actions of specific members of the group, they are also exposed to the contradictions in their feminist activism. Green lived with four of the members of Femen for 14 months in order to create the film.

One member dances at a nightclub to make money while protesting against the sexualization of Ukrainian women by day. Another does not consider FEMEN to be a feminist organization yet because of she is only allowed to be a part of the group’s protests when they need a “fat” woman to comically illustrate their message.

Not only do members typically need a slim figure and pretty face to be a part of Femen, but they also are led by Victor Svyatski. His primary organizational role in the group raises questions about whether a so-called feminist group can function under the patriarchal role of a man.

Femen faces incredible violence from authorities during protests, including one in Belarus in which the members were driven to an unknown location in the dark of night, stripped, beaten and then forced to run to the Ukrainian border. Femen’s activists appear topless and shrieking during most rallies and protests in opposition to patriarchy. Are they a feminist group, as they claim to be? Or are they another patriarchal organization that preys on young, vulnerable women in the name of freedom? Green lets the audience decide.

Both films allow the subjects of each controversial situation to share their perspectives in their own words. In each, the directors let the storyline develop along with the characters they featured, regardless of the previous angle they had in mind for each film.

"We feel the documentary technique affects not only the industry but also audiences alike. Audiences get a glimpse into some of the most fascinating subjects and characters portrayed in these films that they may not otherwise get from narrative film," said Bilodeau of the documentary-festival staff. "As for the industry, documentary will continue to grow and filmmakers will likely use new techniques that have been used prior by other documentarians to capture their stories."