Identifying the next big investigation

We all know of stories too big for one reporter to tackle; you need an entire team. Lately, we’re seeing stories even bigger, produced by two or more teams from different newsrooms. Now, imagine a story so big that virtually every newsroom in the country could play a part, and any audience member could contribute as a source.

Some journalists are still getting used to crowdsourcing or co-production as these collaborative techniques forge new ground in newsrooms. Others are dreaming up ways to push the envelope of collaboration itself. Such was the case at the Investigative Reporters and Editors annual conference, held this month in Boston.

Their pitch was this: Conceive a story that’s compelling on both a national and local scale, ripe with data that can be harnessed with modern technologies. Create a structure for harnessing and distributing the data to journalists. Deputize a leadership team capable of keeping the story moving forward and focused. Then have at it. 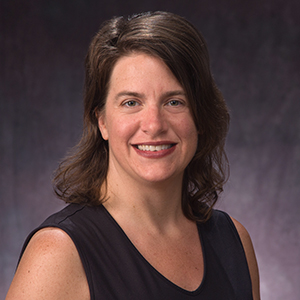 As Haeg wrote in a May blog post for MediaShift, local and regional newsrooms could filter the data for their geographies, telling the stories that speak to their audiences. Investigative newsrooms could crunch the data to find clues revealing any corruption or mismanagement at play. And, I would add, the major national newsrooms could decide among themselves how to divvy up coverage of the bird’s-eye view from various angles.

Meanwhile, a national database — a clearinghouse of sorts, which never would have existed before — would be created for scientists, activists and policy makers to put to use.

The notion is predicated on the spirit and utility of the Public Insight Network, a sort of Swiss Army knife of journalistic sourcing tools. Part database, part email server and part survey builder, it’s a method for crowdsourcing that taps into audience members’ expertise more so than their opinions.

What better way to fuel this most collaborative of ambitions than to harness an entire nation’s collective wisdom and experience?

Cochran pointed to ProPublica’s Free the Files project as an example of this strategy at work. The nonprofit investigative newsroom is recruiting citizens and local journalists alike to collect the public records of television ad purchases in their viewing areas by political campaigns. ProPublica then assembles all the records into an online database to give a big-picture view of how and where the campaigns and Super PACs are investing their resources.

Once Cochran and Haeg described the concept, it didn’t take long for the conference room — full even on a Saturday morning — to generate ideas. We could document the privatization of government functions like prisons, education, database administration, police surveillance footage. We could crowdsource instances of crimes committed by diplomats, or stories of Americans seeking medical care in other countries. We could track implementation of the new health-care reform laws, or instances of Medicare fraud, or the experiences of military veterans returning home from war. Time for the panel ran out well before ideas did.

Aside from my fascination with the logistical coordination of such a project, the really interesting question this idea sparks is that of the national news agenda. Who sets it?

Cochran and Haeg titled their panel well. This collaborative form of crowdsourcing could produce the next big investigation, and actually seems inevitable. How will it be identified?

Collaboratively, of course. If you’d like to be part of the answer, contact Andrew Haeg at the Public Insight Network or Wendell Cochran at the Investigative Reporting Workshop:

You can also find the collaboratively generated brainstorm of ideas here: www.bit.ly/IREideas. Chime in!