I joined two of the Workshop’s other student researchers, Samantha Sunne and Hilary Niles, at the annual Investigative Reporters and Editors conference in Boston last weekend, where nearly 1,200 journalists and media professionals dove into computer-assisted reporting, swapped tips on interviewing tough subjects and talked about how to cover topics like racial disparities, crime and the environment. But the core of investigative reporting — holding powerful people accountable for their actions — was the focus of a panel hosted by the Workshop and moderated by our executive editor, Charles Lewis.

Lewis asked these award-winning panelists to talk about their observations and to offer advice on how to tackle investigating powerful people and organizations. The panel included Sara Ganim  of the Harrisburg, Pa., Patriot-News; Florence Graves of the Schuster Institute for Investigative Journalism at Brandeis University; James Steele of Vanity Fair, who also has partnered with the Workshop on a series of stories; and Walt Bogdanich of The New York Times. (Bogdanich and Steele are also Workshop board members.) 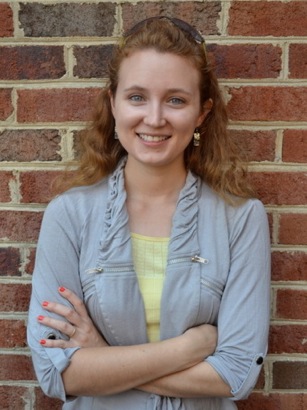 Though not everything they shared with us was “news,” the strength and conviction with which they spoke touched a lot of us who care about the future of investigative journalism.

Ganim talked about what it was like to break the child abuse scandal involving Jerry Sandusky, a former football coach at Penn State. “I was constantly thinking about moving the story forward,” said Ganim, who relied on connections with sources she made well before the scandal broke to develop news stories no one else had. For example, she pushed for more time to follow through on stories that weren’t being coverered by other outlets, and developed a piece on the impact the scandal was having on victims’ families.

Bogdanich emphasized paper trails and digging deeper into an investigation. Reporters have to believe that “everything is written down somewhere,” he said, so they should keep pushing when people say something isn’t true. He also called on reporters to challenge and shake people’s assumptions: “Conventional wisdom is the mortal enemy of all investigative reporters, and the sustenance of far too many editors,” he said.

Graves recalled the behind-the-scenes encounters she had when she was reporting in 1992 on allegations of sexual harassment by former Sen. Robert Packwood (R-Ore.). One of the many obstacles, she said, came from within the newsroom: Some of her editors at The Washington Post were hesitant to publish anything about a politician’s sex life. She made the case that she wasn’t writing about Packwood’s sex life but was writing about his abuse of power in office. Graves said this investigation allowed the public to question the status quo and to see that a man who had scared so many into silence had far less power than everyone thought he had.

Steele’s career as a business journalist has focused on investigating corporate power and the economic elite in America, an idea that he said was unheard of when he was a young reporter. Steele talked about the legal issues involved in going after big companies, and joked that reading the U.S. tax code is a great cure for insomnia, but potentially a great source for digging into corporate loopholes, exemptions and the alignment of business and political interests. Steele and co-author Don Barlett have recently completed a new book, “The Betrayal of the American Dream,” documenting the further decline of America’s middle class and the convergence of powerful interests in business and politics over the past 30 years. The book will be released later this summer.