The dream of publishing the best investigative journalism by hundreds of reporters at scores of nonprofit news organizations in the United States and around the world just took a giant step forward today. The Investigative News Network, consisting of 32 nonprofit news publishers producing public service journalism and likely to double or triple in size in the months ahead, has announced the hiring of digital publishing executive Kevin L.J. Davis as its first CEO.

Kevin is a dynamic, proven leader who has 16 years of experience in the online cutthroat commercial realm, with entrepreneurial, management media expertise at such places as The Wrap News, Hollywood.com and the Variety Group. He was chosen after an extensive, months-long search by the nationally respected firm Morgan Samuels; I actually was a member of the six-person INN search committee. We met and interviewed him and several other outstanding candidates for the job a few weeks ago in Washington, D.C.

I am very excited about the future of this idea and unprecedented investigative reporting enterprise, especially now with such an exceptionally talented CEO on board. 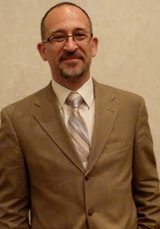 The only thing harder than starting a new organization is starting an organization of organizations. All social entrepreneurialism is time-consuming, tedious and requires enormous tenacity over time, but one unifying element at the onset is usually the central vision of the alpha male or female founder. Imagine, though, orchestrating a collaboration involving dozens of CEOs, many of them founders. That is what has been achieved here, no small accomplishment.

How did we get to this place? Rosey Rosenthal had the vision to assemble some of us in the very first conversation. Bill Buzenberg and his chief operating officer, Ellen McPeake, have been magnificent, organizing the actual Pocantico logistics — no small feat — the numerous conference calls, the Center for Public Integrity graciously serving as the fiscal agent while the Investigative News Network became incorporated (Dec. 22, 2009, in the District of Columbia) and is now awaiting its IRS tax-exempt status. The peripatetic Brant Houston moderated the sometimes difficult conversation at Pocantico, and he has since exerted great leadership as the indefatigable chair of the INN steering committee these many months. And, as part of the Workshop iLab’s mission to help enlarge the public space for new investigative reporting models, I have helped out with the legal and related structural and Board governance issues. I was the original draftsman of the Pocantico Declaration and also formally proposed to the group the name and specific concept of an “Investigative News Network” almost a year ago, on the afternoon of June 30, 2009.

Rosey, Bill, Brant and I became the members of the original Articles of Incorporation Board of Directors, with the unanimous assent of the INN steering committee. But now, with the selection of a CEO, the Board will necessarily grow and diversify in the months ahead with the selection of up to 11 outside, “public” and member organization directors, very similar to the highly successful National Public Radio corporate governance approach.

Davis, who officially begins working as the Investigative News Network CEO June 21 from Los Angeles, certainly has his work cut out for him. But he is undaunted and unbowed by the historic challenge that lies ahead, saying, “I believe that the very technology that has facilitated the near collapse of the advertiser-driven publishing model provides new opportunities to syndicate and sustain non-profit news.”

Let us all hope that he and we are right. Maybe, just maybe, to paraphrase the immortal, inspiring words of Virgil, we can because we think we can.