More powerful than a weapon

On Monday, the world and the profession of journalism lost a great man, one of the most extraordinary individuals I have ever had the honor and pleasure to know. Pius Njawe, a 53-year-old African journalist arrested more than 100 times for writing about corruption and other abuses of power in his native Cameroon, died in an automobile accident near Norfolk, Virginia. He was here in the Washington area attending a democracy forum and visiting relatives.

Pius was considered one of the "most defiant independent editors and publishers in Western Africa, a region known for spawning autocratic regimes that often enforce censorship through violent intimidation," according to the Washington Post obituary this morning. As Pius once recalled, "over the past 34 years, I have been arrested 126 times while carrying out my profession as a journalist. Physical and mental torture, death threats, the ransacking of my newsroom, etc., has often been my daily lot in a situation where repression and corruption, even within the press, have become the norm." When he was imprisoned in 1998, he later recounted that his wife Jane, nine months pregnant, was beaten by guards when she brought him food. The injuries caused their daughter to be stillborn and Jane herself later died, in 2002, in an automobile accident in Cameroon. They are survived by five children. 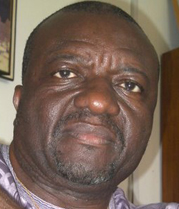 Pius founded Cameroon's first independent newspaper, Le Messager, at the extraordinary age of 22, and the reporter, editor and publisher was honored around the world for his defiance in the name of freedom, receiving the Committee to Protect Journalists' International Press Freedom Award and in 2000, being named one of the "60 World Press Freedom Heroes" of the last half century by the International Press Institute. Here are his IPI profile and his obituary in Le Messager.

I met Pius because he was a member of the Center for Public Integrity’s International Consortium of Investigative Journalists, which I founded in 1997. It is the world’s first and still only working network of 100 premier reporters in 50 countries producing content across borders. And according to the Encyclopedia of Journalism (2009), that made www.publicintegrity.org the "first global website devoted to international exposés."

Inside the ICIJ, heartfelt tributes and remembrances are pouring in today from leading journalists all over the world. Pius was, as Canada-based Bill Marsden put it, "a wonderful, quiet, committed journalist of great courage." Gwen Lister, founding editor and publisher of The Namibian and another remarkable, imprisoned World Press Freedom Hero of the 20th century, said, "I was so looking forward to meeting with him once again at the September Congress of IPI ... he will be sorely missed, but leaves behind a legacy of self-sacrifice, bravery and journalistic commitment for others in Africa to emulate."

What I will always remember about Pius, despite all of his magnificent journalistic accomplishments and his incredible crises and near-death situations in the name of standing up for truth, was his uncommon humility, grace and optimism. He was a good and gentle soul in an anything but gentle world, and his fierce, independent spirit and his amazing life remind us all of why we practice journalism. Pius Njawe may be gone, but for me and so many others across the world, his shining example and his inspiration will live on, indelibly.

A month ago, in an interview with IPI, he said "A word can be more powerful than a weapon and I believe that with the word . . . we can build a better world and make happier people. So, why give up while duty still calls? No one will silence me, except The Lord, before I achieve what I consider as a mission in my native country, in Africa and, why not, in the world."